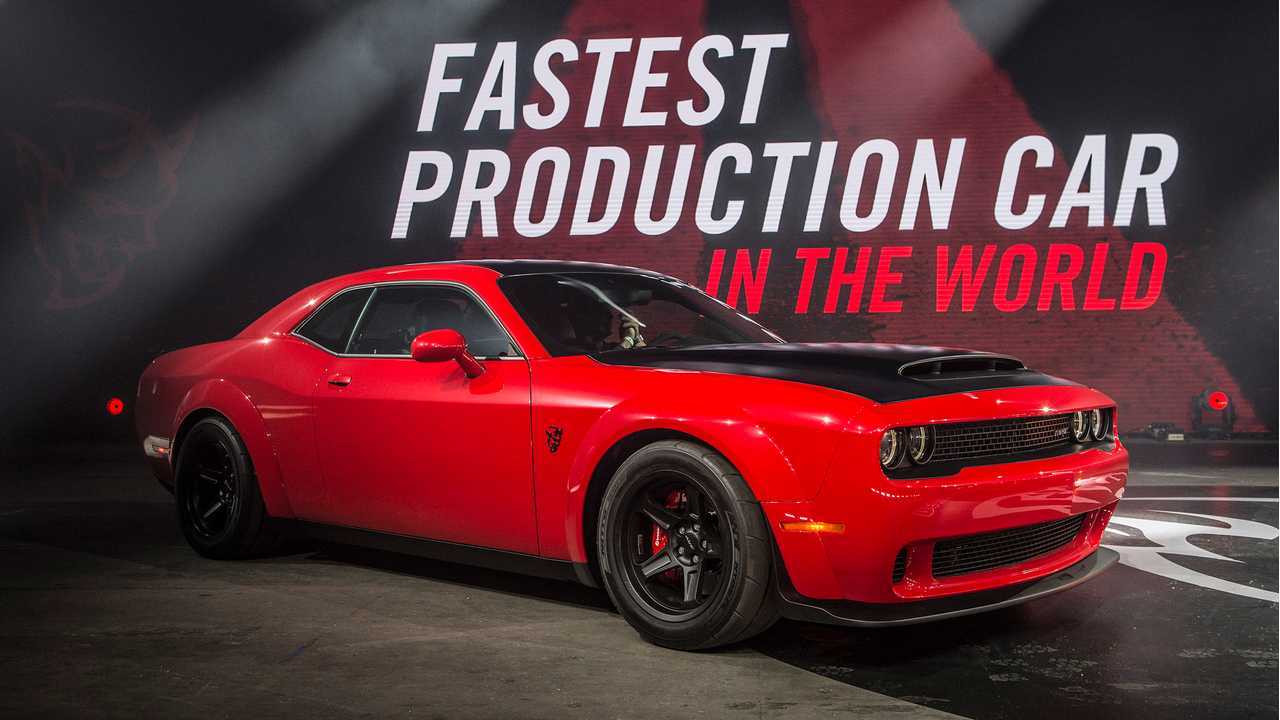 By now, our loyalists know that the Dodge Demon Challenger stands no chance in a race against the Tesla Model S P100D and now, in a rather hilarious (to us at least) advertisement, Dodge openly admits to the fact that the Demon is outdone by electric cars.

This is rather hilarious. Dodge promoting their Challenger as the fastest 0-100 mph production car in the world but the small letters read "excluding electric vehicles". Even marketers at traditional OEM's don't know anymore what their cars' unique selling points are. #EV pic.twitter.com/Ho3Jb2l7k2

The issue with the Demon is almost always related to lack of traction. The Model S simply blows it away off the line and then, the race to 100 MPH, is easily won by the electric Tesla. That's not to say the Demon isn't capable of beating the Model S. It is. But the circumstances must be perfect and the driver of the Demon exceptionally skilled.

Meanwhile, 9 times out of 10, even with an amateur racer behind the wheel, the Model S will win this matchup.

We see a similar scenario play out with other electric cars too. Coupling the instant torque from an electric motor to any capable AWD setup usually results in a car that's lightning quick off the line. So quick that even though a gasser might gain ground near the end of the quarter-mile, it's often too little, too late.

We eagerly await the arrival of the now-cheaper Performance variant of the Tesla Model 3 so we can see if it too can become an immediate drag strip champ.