Watch Tesla Try To Roll Over The Model X ... Not An Easy Task 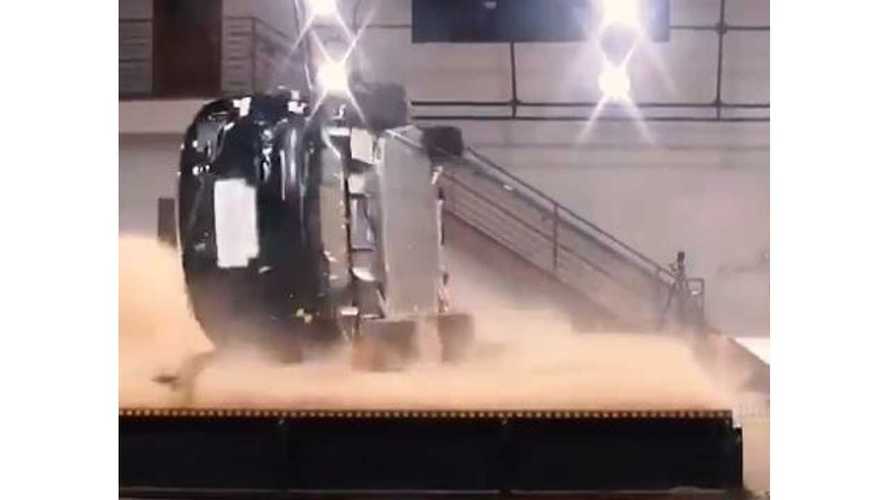 The automaker appears to be trying very hard to get the Tesla Model X to roll, but it's just not going to happen.

Tesla CEO Elon Musk is always touting the safety of his company's vehicles. Sometimes, he's right, and other times, organizations have not been so agreeable.

Model X is the first and only SUV to achieve a NHTSA 5-Star safety rating in every category and subcategory, with the lowest probability of rollover and overall injury of any SUV pic.twitter.com/V0f8ljeIBp

The Model X receives a five-star overall safety rating from the NHTSA. In fact, it gets five stars in every individual category, including the rollover test. Very rarely does any SUV pull off five stars in this test. SUVs are top-heavy and more prone to roll than cars. But, not the Model X.

Electric cars - specifically those with the skateboard style battery pack - have a significant amount of weight under the vehicle and a low center of gravity. As you can see from the video, this makes them extremely difficult to roll.

We already knew that the NHTSA couldn't tip the Model X. Now, for the first time, Tesla has released footage of its own internal test. It would be nice to have more information about the tests, such as speed, the number of attempts, etc. But, nonetheless, the results are here for all eyes to see.