The Physics Behind That Tesla Model X Towing A Boeing 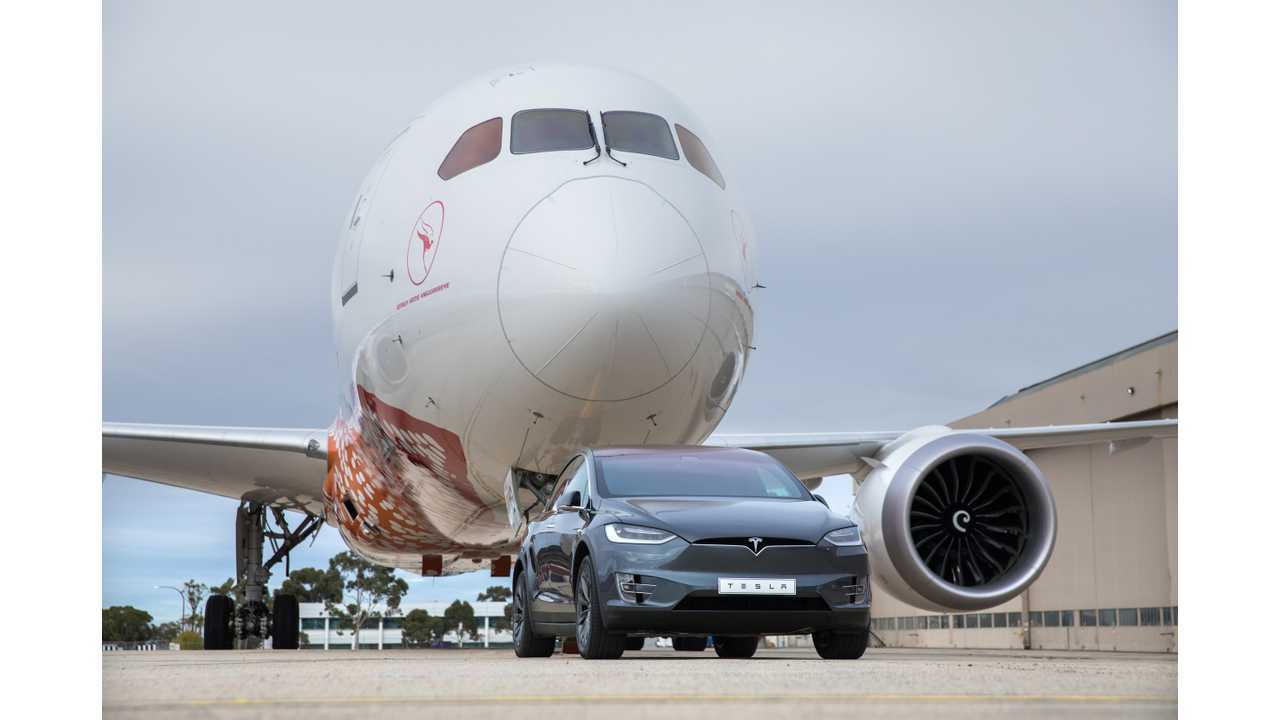 It's not size that matters, but the force of the friction

Last week, Australian airline company Qantas gave the world a video of a Tesla Model X towing one of its Boeing 787-9 Dreamliner aircraft across the tarmac of the Melbourne Airport. According to them, it's the first time the stunt has been pulled (no pun intended) using an electric vehicle.

While it's a pretty great party trick, did you stop to think about the physics at play here? No? Well, neither did we. However, physics guy Rhett Alain did, and wrote about it for Wired. So, how is it that a vehicle rated to tow a mere 5,000 lbs can haul an airplane that weighs 286,601 lbs?

According to Allain, it's mostly about overcoming the force of friction. In this case, friction arises where the wheel rotates on its axle, and rolling friction is produced by its wheels moving over the ground's surface. Here, we'll let the expert explain that rolling friction part:

If you look at a tire closely, you will get a good sense of how rolling friction works. Although it looks round, it's not. The bottom of the tire is flatter than the rest of the tire because it's pushed against the ground. As the wheel rolls over, a new part of the tire has to be flatter—and it takes a force to deform this tire. That's the basic idea of rolling friction.

Got that? Good. Now, to move this bewinged behemoth takes torque — something electric vehicles are notably blessed with. But it also takes something else: mass with which to create frictional force. Imagine gearing a motorcycle (an electric one, of course) so that it produces the same 487 pound-feet of torque as the Model X. There's a good chance the Boeing wouldn't budge, and the back wheel would just turn in place, creating a smoke show.

Luckily for the electric SUV, it's got a pretty massive battery pack, allowing the vehicle to weigh in at 5,381 lbs and create plenty of its own frictional force. Could an SUV powered by internal combustion done the same thing? Possibly, depending on its ability to produce torque. Indeed, Chevrolet produced a commercial back in the day featuring a new-at-the-time 1972 C-10 pulling a 747. You can watch both  feats of physics below. If you want to get a more thorough understanding at the forces at work here, check out this piece on Wired.