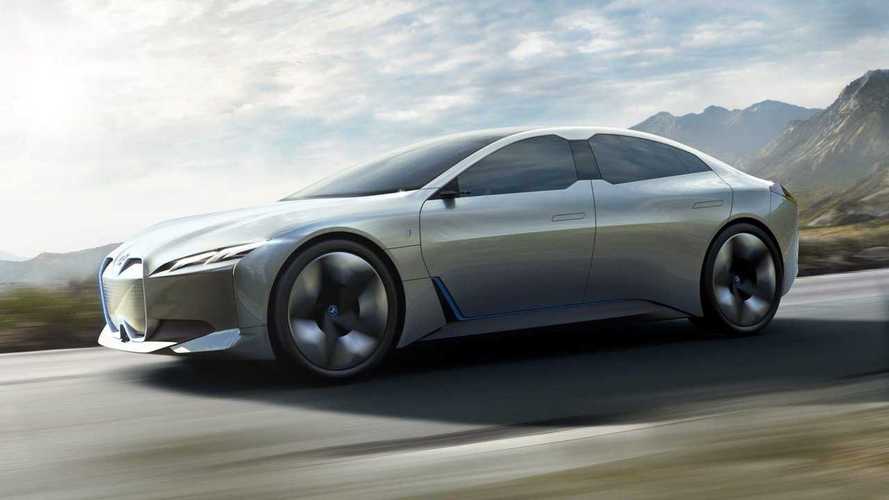 At the 98th Annual General Meeting of BMW AG in Munich, the German manufacturer re-confirmed its target of 25 electrified models by 2025, including plans for 12 of them to be pure electric vehicles.

Harald Krüger, Chairman of the Board of Management of BMW AG, said that the upcoming models will have increased range of up to 700 km (435 miles), which he considers entirely practical for everyday use.

Besides the iNEXT teased (a few days ago), there is also a BMW i4 in the pipeline (based on the BMW i Vision Dynamics concept from Frankfurt Motor Show). It's expected to be equipped with 5th-generation powertrain and battery technology that is key to the 435-mile-range claim.

All upcoming pure-electric BMW models will sport the “i” badge. Krüger shared:

98th Annual General Meeting of BMW AG at Olympiahalle in Munich on 17 May 2018: Harald Krüger, Chairman of the Board of Management of BMW AG

It is our modular system for the future.

If that sounds a bit like Lego, that’s roughly the idea. The iNEXT will benefit the entire company and all its brands. For the first time, we are combining all key technologies for future mobility. The iNEXT is fully electric, fully connected, and enables safe, partially autonomous driving. Further models will follow.

We are working on autonomous driving at our campus outside of Munich, which we announced in 2017 and opened in April of this year. Once again – promised and delivered. That is BMW.

The campus idea is all about short distances, fast decisions and agile working. 1,800 experts from different countries work together there.

We are developing the cars of the future right here in Germany. And we will build them here as well: the i4 in Munich, and the iNEXT in Dingolfing.

Bavaria will always be our home. From here, we drive technological innovations and Industry 4.0. We produce more than half our vehicles abroad. But nearly 70 percent of our employees are still based in Germany. For me, that shows our strong commitment to our roots. These roots give us stability in a global world.