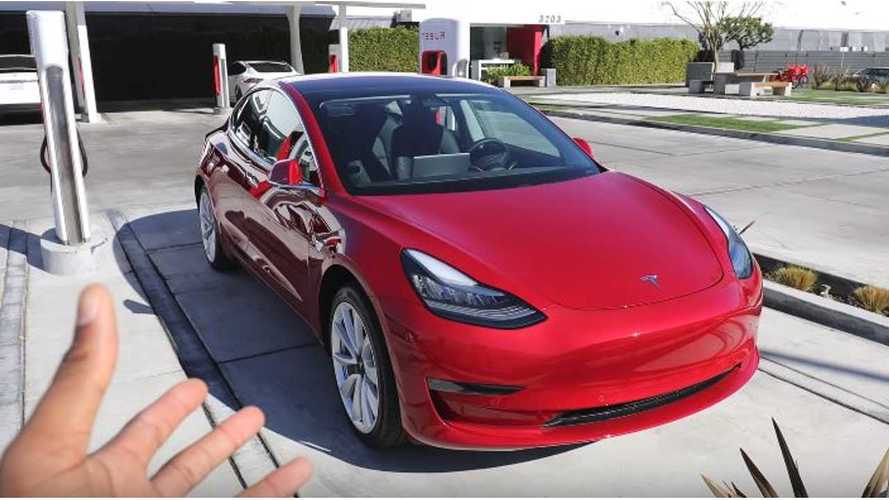 All the most important Tesla Model 3 features demonstrated and explained with simple efficiency.

One of our readers tracked down this Tesla Model 3 features video and we were compelled to share it. Whether you're a Tesla fan or not, hopefully, you agree that this type of video really does the trick. It's reasonably short, well-laid out, professionally filmed, and spot-on in regards to content.

There's very little not to like, and for the exponentially growing list of Model 3 owners, this is a must-see. This video leaves us with little to share here without being redundant since it covers everything exceedingly well. Sharing an entire paragraph explaining how to open the charging port is significantly less intuitive than watching it performed live, along with a healthy list of other features.

In its brief but spectacular history, Tesla has almost singlehandedly erased the negative stigma surrounding electric cars, and its all-new Model 3 is the company’s attempt to bring its unique brand of fashionable tech-savviness to the masses. The Model 3 was originally billed as a $35,000 electric vehicle (EV) for the mainstream. However, in its current form (only models equipped to a price of $50,000 and up are available as of this writing), it is actually more of a compact luxury sedan competing with the BMW 3-series in size and price. The Model 3 admittedly offers tons of EV capability and forward-thinking tech to back up the steep cost of entry, and it does look and feel like the future, but Tesla’s questionable mass-production record leaves us with more questions today than answers about tomorrow.

What’s New for 2018? Tesla plays by a different rulebook than nearly all other automakers, so it’s difficult to track changes by model year. The Model 3 launched in 2017 in limited numbers as an all-new, from-scratch vehicle, and any given example’s model year corresponds to when it was built. Tesla is constantly sending over-the-air updates to the car’s software, but it doesn’t release details, so we can’t know exactly which changes are being made or when. Trims and Options We’d Choose Because of Tesla’s production woes, choices for equipping the Model 3 are currently limited to only a few options. This means that the promised $35,000 base price is not within reach; as of this writing, Tesla is only delivering Model 3s with rear-wheel drive, the extra-cost $9000 Long Range battery pack that extends the EPA-estimated driving range from 220 miles to 310, and the $5000 Premium Upgrades package that adds, among other things: • 12-way power-adjustable heated front seats • Premium audio system • Two rear-seat USB ports This puts us at $50,000 including destination, and any color other than black adds another $1000. We’d also choose the Enhanced Autopilot package for $5000, as Tesla’s semi-autonomous features are among the best in the industry. The $1500 19-inch wheels are skippable, as is the $3000 option for Full Self-Driving Capability, which seems an empty promise given that the regulations for such a thing don’t exist yet. Our Model 3 ends up at $56,000, hardly the promised “affordable” model by any measure.