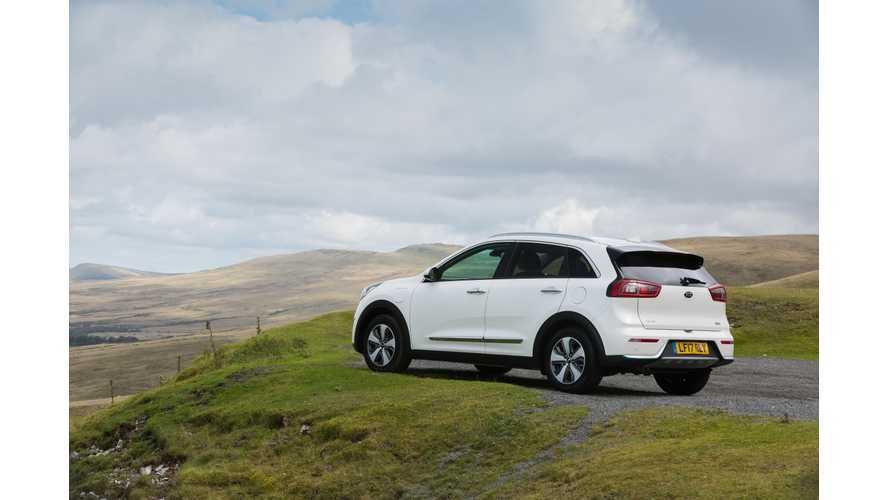 We are of course especially happy to see that plug-in car sales are finding more buyers these days.

In total, Kia sold roughly 5,167 plug-in cars in Europe in the first three months of the year at an average 3.9% share in total volume.

"Kia’s range of advanced powertrain vehicles also added momentum to the brand’s sales growth, as registrations of hybrid, plug-in hybrid and electric vehicles rose 36.2% to 13,070 units. In the first quarter of 2018, 10% of all Kia cars sold in Europe were powered by an electrified powertrain, compared to 7.7% over the same period in 2017. The Niro hybrid crossover saw a 26.6% jump in sales to 10,399 units, aided by the addition of a new Plug-in Hybrid variant in mid-2017 which accounted for 24% of all Niro sales. The Soul EV enjoyed its best-ever quarter, with 1,717 units sold – 53.2% more than in Q1 2017. Finally, sales of the Kia Optima Plug-in Hybrid rose from 260 to 954 units following the introduction of a new Sportswagon Plug-in Hybrid.

Kia recently announced plans to introduce 16 new advanced powertrain vehicles by 2025 – the first of these new alternatively-fuelled vehicles will be unveiled later in 2018, reinforcing the company’s position as a leader in hybrid and electric car technology in Europe"