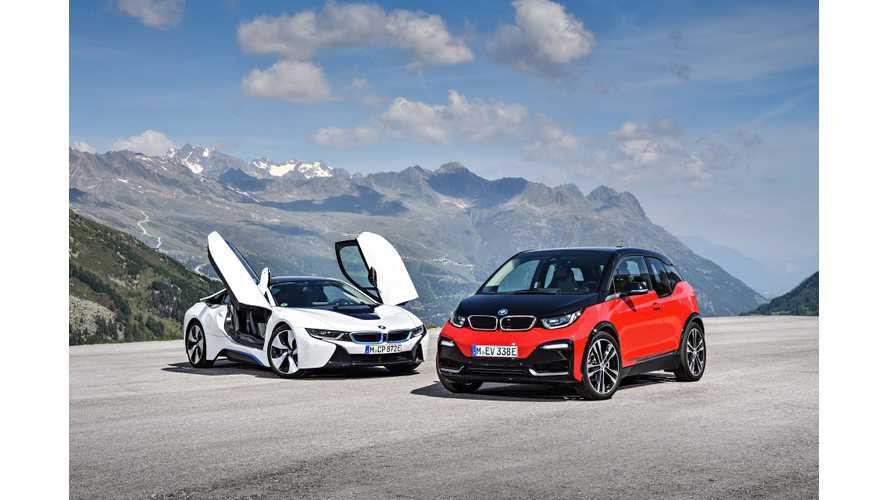 While BMW watches Tesla in its Model 3 efforts, it believes there are better ways to go about the process.

BMW is gearing up for its newest electrification efforts and watching Tesla in the meantime. The Silicon Valley automaker has struggled with the Model 3 in terms of volume production, but it appears that many issues have finally been resolved and much progress is being made. Though BMW has much more experience as an automaker, its electric Model 3 competitor (the i4) and iX3 electric SUV are still years off.

Another Perspective: BMW iX3 And Future Electrification Pursuits: Too Little, Too Late?

Tesla CEO Elon Musk has already admitted that too much automation involved in Model 3 production is his fault. The automaker thought that increased robot-based assembly would help make mass-production an easier reality, but it has come back to haunt the CEO and his production team.

BMW has a reputation for cranking out high-quality vehicles quickly. In fact, the German luxury automaker builds as many cars in two weeks as Tesla did in all of 2017. Now, BMW is going to begin the process of retooling its facilities to have the capacity to manufacture new battery-electric vehicles in tandem with the current PHEVs and gas-powered cars. Company production chief Oliver Zipse shared:

Producing cars in cycles of 60 seconds: That is the deciding factor. To fully automate the assembly process is not our goal, because the human being with its unique properties is unbeatably flexible.

It's not surprising that Tesla is having a tough time dealing with its first high-volume car. There's been much talk all along that the automaker would likely struggle when it came to putting out numbers like traditional OEMs or even competing luxury brands. Zipse continued:

Maybe there’s more leeway in the top-end market segment above 100,000 euros ($118,000), but as soon as you enter market segments with volumes like the 3- or even in the 5-Series, keeping costs under control is paramount. You can’t allow yourself to have inefficiencies there.

Sadly, even though it's expected that BMW will be able to pull off high-volume electric-car output with ease, the company isn't beginning its newest pursuits until next year, with the electric Mini. Then, four of seven plants will be upgraded by 2021. In the interim (around 2020), BMW aims to release the i4 and iX3, followed by a goal of 12 electrified models by 2025. Zipse concluded:

We are preparing our car architectures and our factories to flexibly integrate this technology. For us, creating that flexibility is the most efficient way to profitably offer electric cars.

BMW's flexible approach may make sense for the company. Let's face it, the automaker has a wealth of experience and resources tied up in ICE cars. It will also save millions of dollars. However, while Tesla can, should, and is revamping its production processes with less automation for greater output, the California-based electric carmaker can't rely on transitioning ICE car factories and platforms to expedite its situation. This is an electric-only manufacturer here.

We can only hope that BMW will move aggressively forward with its plans and can succeed in the segment. We also hope that its electrification efforts will lean more towards BEVs and longer range PHEVs, rather than sorry excuses of "electrified" models.