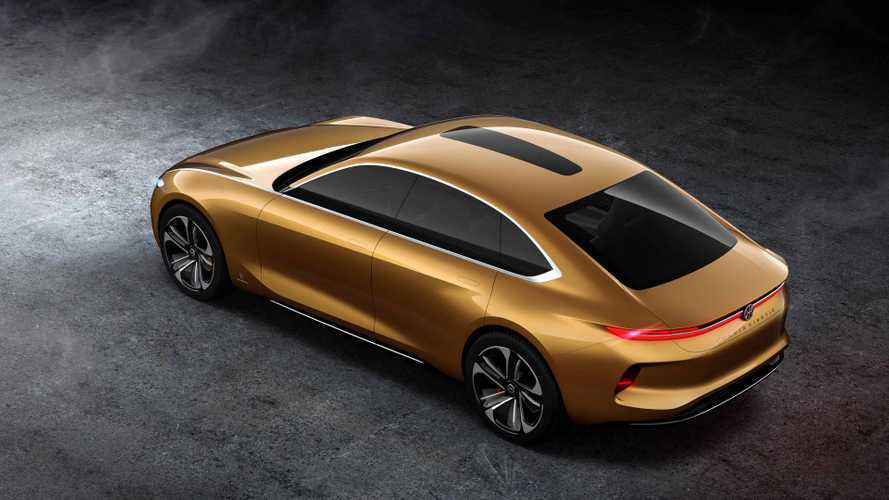 Pininfarina keeps things sleek and simple when imagining the shape for this high-tech, electric sedan.

Pininfarina continues its ongoing partnership with the Hong-Kong-based electric automaker Hybrid Kinetic Group by introducing the new H500 sedan concept at the Auto China show in Beijing. The model is a more compact followup to the earlier H600 concept from last year's Geneva Motor Show.

Like the other concepts in this series, Pininfarina opts for a smooth, rather minimalist style for the H500. The model features a downward sloping nose with raised sections for the fenders, and a relatively narrow grille with vertical slats connects to squinting headlights. In profile, the roof flows back to a short tail. Chrome accents around the side windows add a visual flash to the otherwise understated design. The tail features wraparound taillights that accentuate the four-door's width.

Inside, Pininfarina puts an emphasis on the H500 being high tech. The driver gets a wide digital display for the instruments, and there's a second, even broader one above it that spans the entire dashboard. Another screen on the center console appears to handle HVAC duty, and the passenger even has his or her own little display to play with that's in the door panel.

Occupants in the back get a shared screen between the seats. They also each have displays in the door panels, too.

"Hybrid Kinetic Group is a sound, crucial partner for Pininfarina," the design house's CEO Silvio Pietro Angori said in the concept's announcement. "We are creating a new range of electric vehicles together and preparing the way for their commercial debut with the presentation of the first Hybrid Kinetic produced car for the international market."

Hybrid Kinetic Group imagines a production H500 potentially packing 402 horsepower (300 kilowatts) from its electric motors and the ability to sprint to 62 miles per hour (100 kilometers per hour) in 4.5 seconds. A range extender would provide a driving distance over 621 miles (1,000 kilometers).

Pininfarina is currently under the ownership of India's Mahindra and Mahindra. In addition to doing contract work for firms like Hybrid Kinectic Group, the Italian design house is working on a model of its own – an electric supercar that should arrive in 2020.