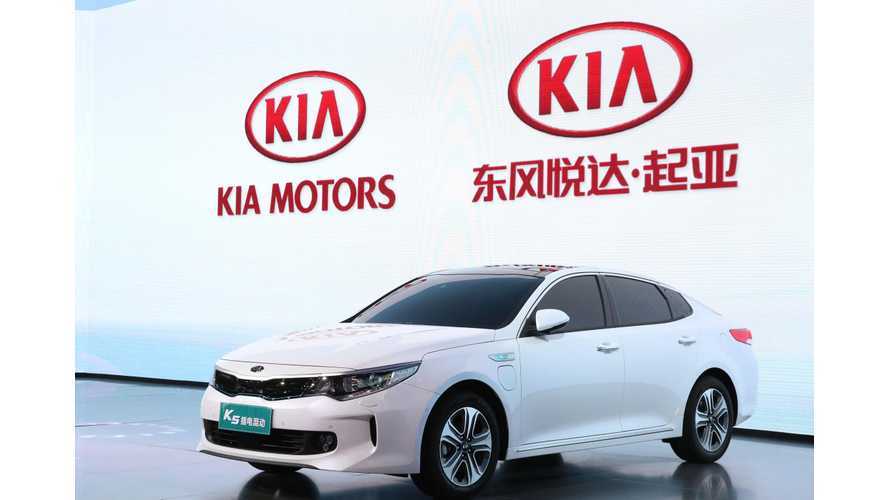 Kia came to the 2018 Beijing Auto Show with its first plug-in model for the Chinese market - the Kia K5 Plug-in Hybrid.

The car will be introduced by the Kia Motors Corporation’s Chinese joint venture, Dongfeng Yueda Kia Motors Co. (DYK), starting in the second quarter of this year.

According to the press release, electric motor power output of 50 kW and 2.0-litre GDI engine (156 ps and 189 Nm) seems the same as in Kia Optima Plug-in Hybrid. The range of 29 miles (47 km) should be the same too if there are no changes to the 9.8 kWh battery.

"The K5 Plug-in Hybrid is set to be produced in China from the second quarter of 2018."

“The K5 Plug-in Hybrid also boasts an exclusive new powertrain, with greater zero-emissions range than any other Kia hybrid to date and will seek to lead the new energy vehicle market in China.”