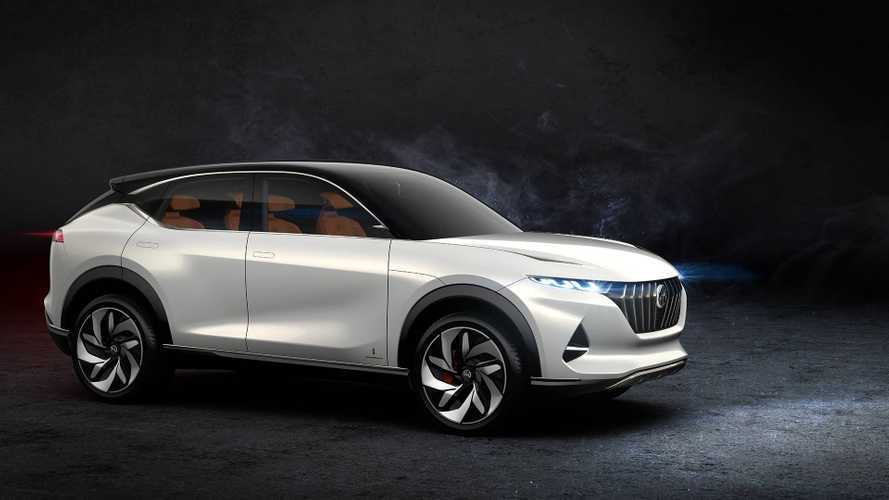 It’s sleek inside and out.

Pininfarina has been working hard over the last few years to design, in partnership with Hong-Kong-based electric automaker Hybrid Kinetic Group, and introduce EV and hybrid concepts. Already, the automaker has revealed the H600 and H500 concepts. At this year’s Beijing Motor Show, Pininfarina is introducing the K350 SUV concept – a fully electric vehicle. We’ve seen a teaser, but now we get a full look at the SUV’s design inside and out.

Pininfarina has done a remarkable job of at creating a cohesive design that flows across nearly all its concepts. On the K350, there’s HK’s signature grille, filled with vertical slates, flows and connects the thin-slit headlights. Even the lower fascia looks similar to that on the H500 that also debut in Beijing this week. The roofline flows to the rear hatch, which has an expansive taillight setup that runs from edge to edge. The concept looks stout, with the body line down the side kicking upward over the rear wheel and almost meeting the roofline before cascading back down to the taillights.

Inside, the design is nothing short of wild. The front seats appear to float, connected only to the center console. The rear seats are two-piece affairs with the actual seat cushions attached to the center armrest. The seatbacks are also connected across the car. Just like the front seats, the rears receive a digital center console screen. The dashboard flips to hide the instrument cluster and infotainment display, both of which appear to be one entire screen that runs the width of the dash.

Pininfarina is undoubtedly keeping itself busy. While it is doing contract work with several different firms, including Hybrid Kinetic Group, the company is working on its own electric supercar set to arrive in 2020. If the company continues to work for other firms, which it will likely do, we should continue to see Pininfarina around a lot more.