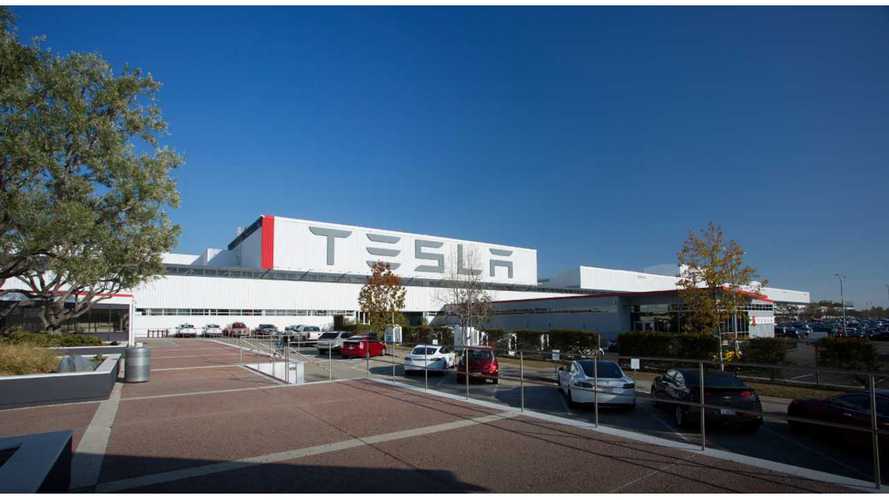 Two steps forward, one step back

The road from manufacturing dozens of Tesla Model 3 sedans per week to 5,000 by the end of   June 2018 is a long and twisting one, with many stops and starts along the way. Just as we learned the California automaker was approaching the 500 per day mark, a report from Reuters claims that the company is planning a six-day stoppage of the line at the end of this month — specifically from May 26 to the 31st.

Since the report's author cites unnamed sources and is the same person who erroneously wrote that the Model Y would begin production in November of 2019 at the Fremont factory, which will have no capacity to manufacture an additional vehicle, we reached out to Tesla for confirmation. We received no direct comment on the Reuters' piece, but were pointed to a statement in the company's Q1 shareholder letter which states that they expect to shut down the line as they have in the past, in order to increase throughput and hit its 5,000 per week target by the end of the 2nd quarter. You can read that full text below.

Tesla has temporarily halted Model 3 production in the past, including five days in February and five more in April. In response to an article by Ars Technica titled, "Experts say Tesla has repeated car industry mistakes from the 1980s," CEO Elon Musk replied on Twitter three days ago that the piece was "a fair criticism," but they are "...fixing it fast. Hackathon going on right now to fix 2 worst robot production chokepoints. Looks promising."

The Reuters report additionally indicates that more time per day is spent in production, with "...teams working on general assembly have already switched to three shifts, a schedule that helps maximize capacity and flexibility." It also mentions work on the bodies of the Model 3 vehicles is believed to be happening on a two 12-hour shift basis.

“We continue to target Model 3 production of approximately 5,000 per week in about two months, although our prior experience has demonstrated the difficulty of accurately forecasting specific production rates at specific points in time because of the exponential nature of the ramp. In order to achieve this production rate, we plan to take additional days of downtime during Q2, just like we did in Q1. We have already done this several times during the Model 3 ramp, including once in the third week of April to fix several small, known constraints, enabling higher levels of output. Just before taking this latest downtime, we produced 2,270 Model 3 and 2,024 Model S and Model X vehicles in the prior seven days, which was a new record for us. Furthermore, in the just over two weeks between the beginning of April and the planned downtime, we had produced 4,750 Model 3 vehicles, which was already about half the production of the entire prior quarter.”