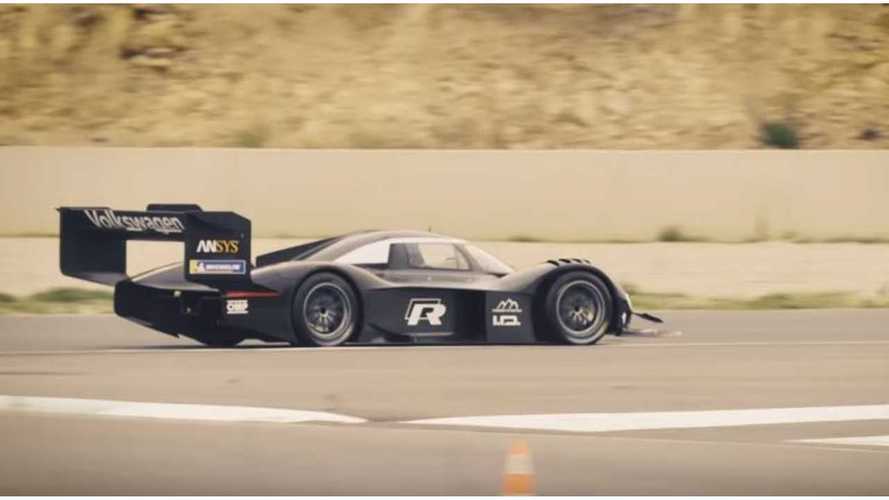 It’s no surprise that VW is taking Pikes Peak seriously this year – the German automaker is pushing its new I.D. electric range extensively over the next few years, and this fully electric race car should drum up plenty of interest from fans of the marque. While we’ve already seen the new I.D. R Pikes Peak racer in its entirety, this new video shows the stunning (and silent) vehicle in motion for the first time on the track.

Though it isn't exactly running at full speed, the short 36-second clip gives us an idea of what to expect when the I.D. R Pikes Peak takes to the track next month. The racer is seen running in almost complete silence around the track portion of the hill climb event. "The Volkswagen I.D. R Pikes Peak is already super spectacular at a standstill, but when moving it goes even further," reads the video description.

Complete with dramatic styling highlighted by a massive rear wing, the I.D. R Pikes Peak packs two powerful electric motors. Total output is a healthy 680 horsepower (500 kilowatts) and 480 pound-feet (650 Newton-meters) of immediate torque. All that power, paired with a 2,425-pound (1,100-kilogram) curb weight, gives it the ability to sprint to 62 miles per hour (100 kilometers per hour) in just 2.25 seconds.

All that power should be enough to get it around the 12.42-mile (19.99-kilometer) track quickly, even at 14,110 feet (4,300) meters above sea level. Behind the wheel of the I.D. R will be defending Pikes Peak champ, Romain Dumas. VW hopes this year it can take home the record for the fastest electric car around the circuit, which currently stands at 8 minutes and 57.118 seconds.