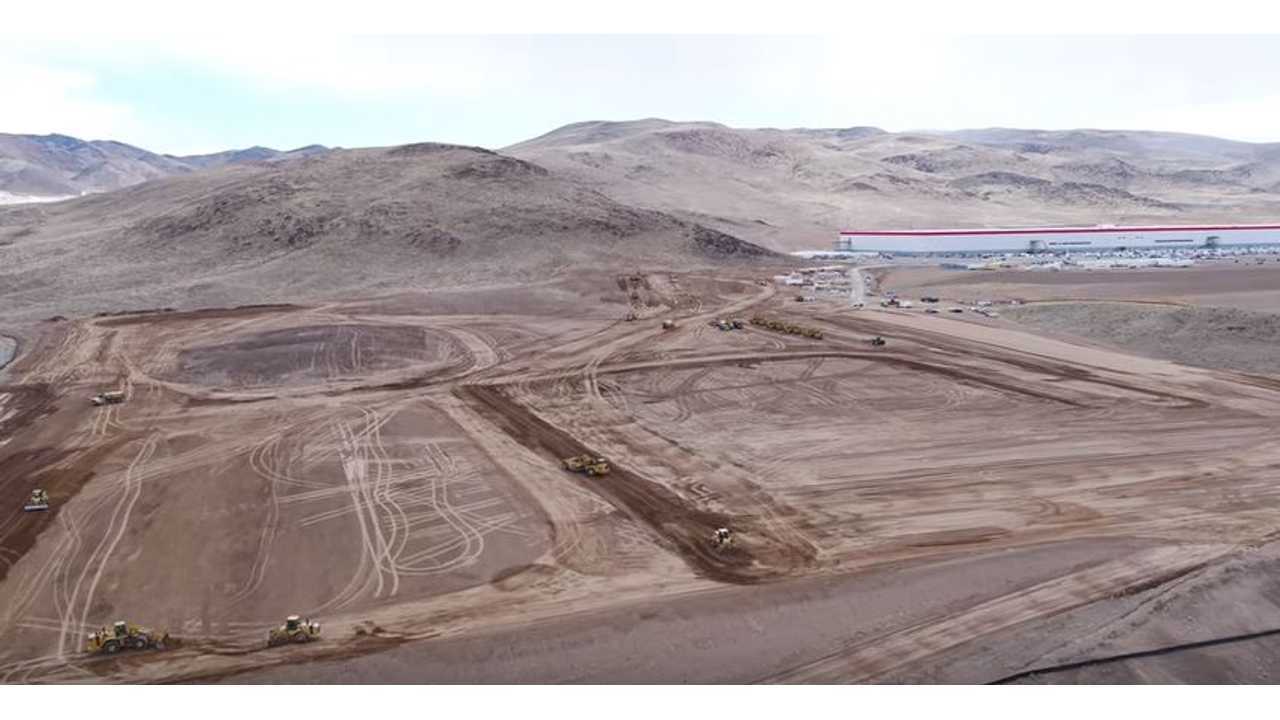 Most expansion at the Gigafactory over the course of the last year has been inside the building. Tesla Model 3 bottlenecks were said to have stemmed primarily from the battery factory. The automaker has been working to address that since Model 3 batteries and drive units are manufactured there. Tesla has also been focused on ramping up the manufacture of Powerwalls and Powerpacks.

Prior Drone Footage: Tesla Gigafactory Unchanged Outside, Expands Inside

With all of this being said, we haven't seen much change to the building's exterior in some time. Now, you can make out the beginnings of rooftop work related to solar panels.

Additionally, as you can see near the end of the clip, there's clearly excavation in progress in an area separated and to the north of the main Gigafactory structure. Reportedly, this is the initial phase of an effort to move the Gigafactory's main parking lot away from another area that will soon be grounds for a structural expansion.

The Tesla Gigafactory is less than 30% complete, but it is already operational and mass produces Tesla battery cells for Model S, Model Xand Powerwall products. Located in Sparks, Nevada, the Gigafactory is slowly expanding its footprint to further grow its current production rate of 500,000 cars per year. Once complete, Tesla expects the Gigafactory to be the biggest building in the world – and entirely powered by renewable energy sources, with the goal of achieving net zero energy. As you can see in this updated video, the majority of the Gigafactory does not yet have solar panels installed. Tesla broke ground on the Gigafactory in June 2014.