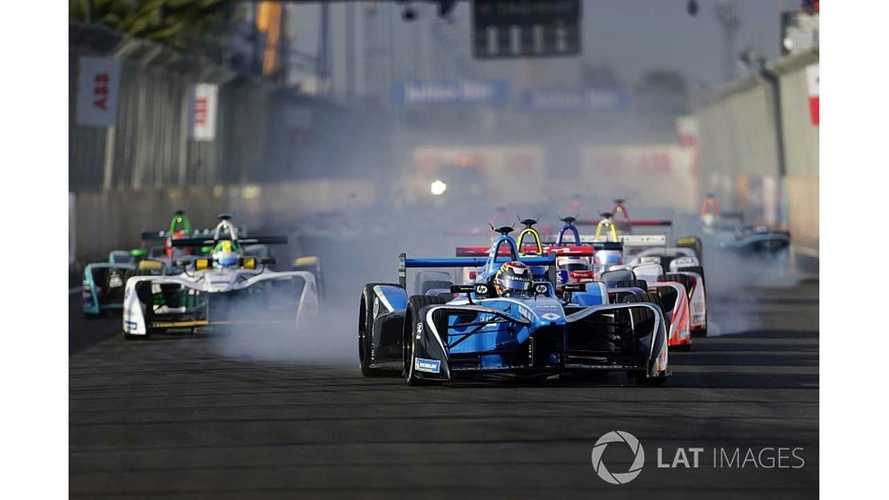 In his latest column, Formula E boss Alejandro Agag says the series' yet-to-be-revealed new race format will be "something closer to a video game" and will "blow the mind of the younger generation".

A friend of mine was in the grandstand in Rome and told me that there was a 10-year-old fan behind her who knew absolutely everything about Formula E - which drivers were which, all the different cars - and all the adults were listening to this kid. I think that’s a great symbol of how Formula E is capturing the imagination of younger people.

I think the potential of adding new technology to the mix, which is not strictly powertrain technology, is huge, and we are going to start toying with that in Season 5. The race format for Season 5, which we haven’t disclosed yet, is going to be something closer to a video game and will blow the mind of the younger generation. It’s almost a race format designed for them. If we can get children who are 10 years old to be a fan of the series, they will be a fan for life.

In the movies, when people travel back in time they have to be super careful about what they do because any small act can completely change the future – it’s known as the butterfly effect. But we don’t worry about how the little things we do now can affect our future. The little things we do now could be massive both in negative and positive ways.

An example of that is Formula E. You might think that it’s just traveling around the world having fun racing, but we might be changing the world with what we are doing via the technology that will be used here. Because if there is a technological breakthrough here, that could have the potential to completely change everything.

The arrival of the big car manufacturers creates a big playing field for the technology, with so many of the big guys together working on the same platform. Formula E is an incredibly powerful platform to develop technology and to showcase that technology. And that is going to be accompanied by huge passion from the fans, especially the young fans.

The powertrains will develop a lot on the new car, but we are already talking about generation three! Gen1 was really ‘let’s do this’, Gen2 is a huge leap in taking the old technology and making it perfect. Gen3 will be all-new technology.

This era has been fantastic. We will remember it as a pioneering era, a romantic era. I think the last race in New York, when we do the final car change, will be a little bit of a nostalgic moment, literally the end of an era. It’s been an adventure, it’s been a huge risk, but it paid off. And now we are about to start on the adult era if you like, we’ve passed the teenage years.

The first Rome E-Prix was an incredible event. We keep getting better and better. Every event we say is the best ever, but Rome really was. Everything sold out, not one single ticket was left and we are seeing that more and more. When the tickets went on sale for Zurich they were gone in 30 minutes.

So we can see that the Formula E brand is becoming known by more and more people. Italian fans are serious fans and the feedback of the fans was great – they loved the show. We’ve confirmed with the mayor that we will hold the race for five more years in the same location. The buzz around Formula E in the city was great – Rome has taken Formula E to a new level.

In order to host more races like that we need the space. A space that is nice, that is beautiful for the event and doesn’t disrupt too much. If we disrupt the whole city then it’s no good. Rome’s ideal, New York is ideal in that sense too. More and more we are becoming part of the landscape, like in Paris, everyone is happy with the race there, so we need more and more races like that.

We have to compromise big spectator growth versus racing in cities. The reason the fans come is because we are racing in the city but racing in the city means we have fewer seats. We also don’t want to put the prices up, we want Formula E to be very accessible and we want children to be there, and if tickets are too expensive there will be fewer children there. Rome was full of families and children and that was great to see.