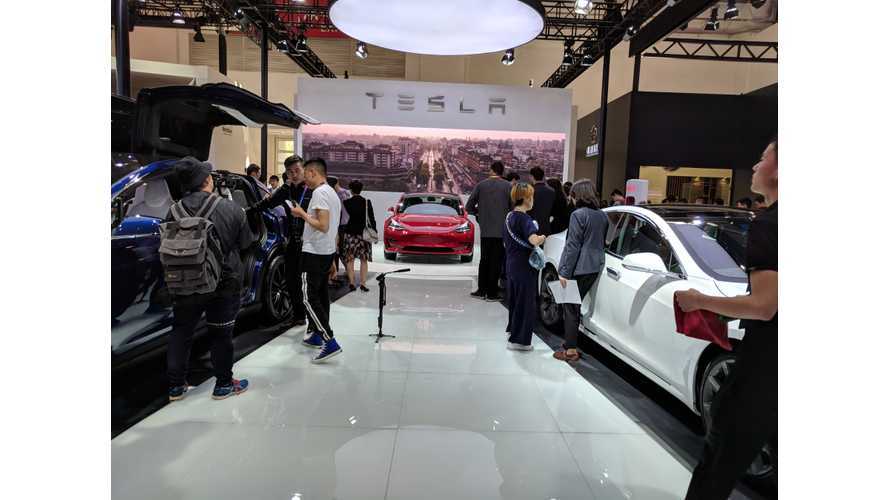 A white Tesla Model 3 was captured in photo form by us outside of the Crowne Plaza Hotel Beijing.

***UPDATE - Along with the white Tesla Model 3 spotted in Beijing, a red Model 3 took to the stage at Auto China 2018. Additionally, we've added some shots of a Tesla Supercharger in China and a Caresoft teardown Model 3.

This is among the first Model 3s ever seen in China. In fact, it wasn't until late March that a single Tesla Model 3 sighting was reported in China.

InsideEVs Tom Moloughney is in Beijing to attend Auto China 2018 and he just so happened upon this white Model 3. Moloughney posted:

China is the world's largest electric car market, yet there's no clear timeline provided by Tesla for when the Model 3 will officially go on sale there. This white Model 3 was likely imported from the U.S. and, if so, it surely wasn't cheap.

Recently, China announced that it will phase out the joint-venture requirements for foreign automakers, which could open the way for more fair business practices for automakers such as Tesla. This move will open the door for Tesla to construct a factory there too.