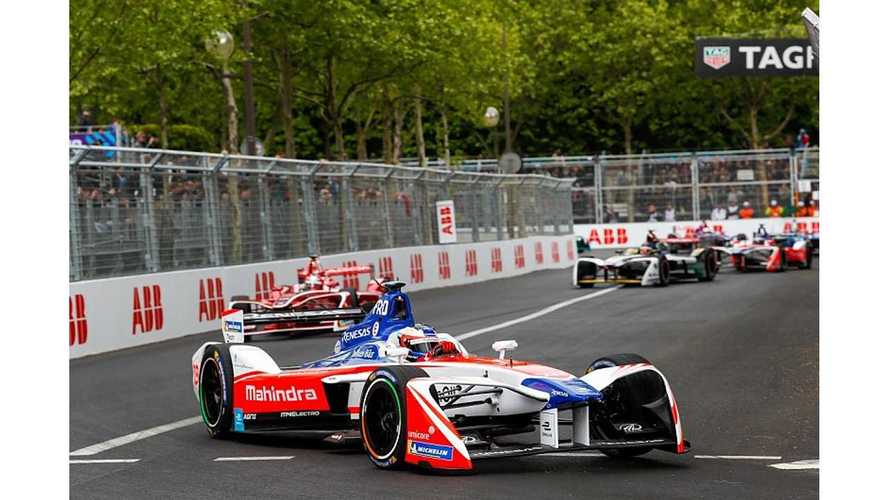 Felix Rosenqvist says he wants to temporarily forget about his chances of winning the 2017/18 Formula E championship after disappointing results at the recent rounds in Rome and Paris.

Rosenqvist retired from the lead of the race in Rome due to a suspension problem, and finished a subdued eighth in Paris last time out.

As a result, the Mahindra driver is now 61 points behind championship leader Jean-Eric Vergne in third place in the standings.

"To be honest, I just want to win a race right now," Rosenqvist told Autosport. "I just want to go to Berlin and have a good weekend.

"We try to forget a little a bit about the championship and try to just do what we did last year in Berlin .

"That should be a way to come back.

"Berlin couldn't come at a better time now, it's nice to come back there because I'm quite confident the car will be good."

When asked if he had concedede all hope of winning the drivers' championship this season, Rosenqvist denied that it was all over.

"I've seen more unlikely scenarios happen than me catching up in the championship," he said.

"Sure it can happen, but honestly I'm just hungry for a win and that's the most I can think about right now. I don't want to drag around in the back anymore."

Rosenqvist suggested that his up-and-down form in recent races - he took pole before retiring from the lead in Mexico and charged from 12th in qualifying to a fifth-place finish in Punta del Este, which were the two rounds before Rome - could be linked to differing track surfaces at FE venues.

"I think it's very surface related and we can see that some cars don't work well on some circuits and don't really know the reason for it," he said.

"But I would say was our weak track last year, if you look overall, and it seemed to be this year as well.

"It's that we need to find out about this circuit."