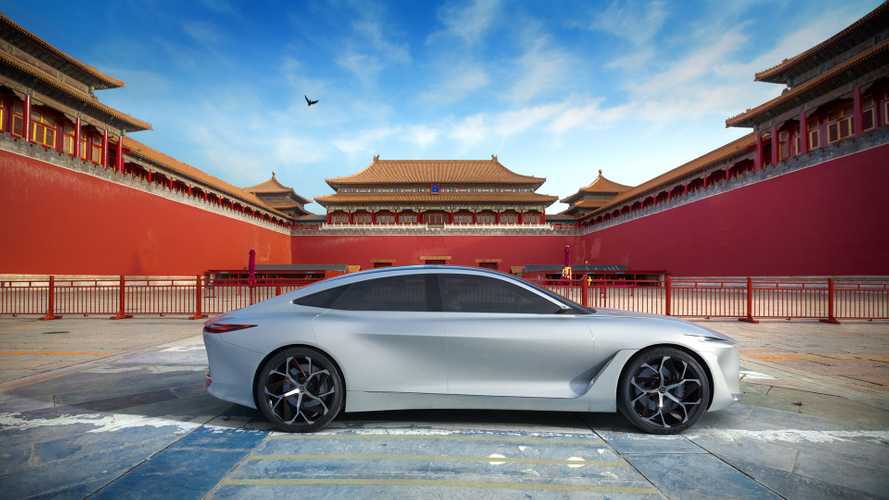 Infiniti aims in achieving 50% electrified car sales (all-electric or series-hybrid e-POWER) by 2025, while the first all-electric model is scheduled for 2021.

The Japanese brand, which is part of Nissan, currently is developing a new electrified vehicle platform that is influenced by the Q Inspiration concept car, first shown in Detroit.

The first model based on the new platform is to be introduced within five years and produced in China. We suspect it will be a fully electric offering.

Read Also - Nissan Powertrain Exec – 4 BEVs For Nissan, 2 For Infiniti In Next 5 Years

In total, Infiniti intends to produce five new cars in China in the next five years, but not all of them will be electrified.

"INFINITI chairman and global president Roland Krueger made the announcement today at a special Auto China preview event at the INFINITI Brand Experience Center in Beijing.

"INFINITI is developing a new platform for electrified vehicles inspired by the Q Inspiration concept car, which shows the new design language for the age of autonomy and electrification. We very much had China in mind when designing the Q Inspiration, which shows a very sporty, performance-oriented electric concept, with a much bigger interior space," said Krueger.

Representing the next step in INFINITI design, the exterior of the Q Inspiration features clear and concise lines with dynamic and confident proportions. It is the first manifestation of INFINITI's new form language for an era of advanced powertrains. The concept eschews classical sedan forms with its coupe-like appearance and elongated silhouette, presenting INFINITI's design vision for vehicles in this segment.

"The Q Inspiration concept car takes the traditional sedan architecture to its next stage of evolution," said Karim Habib, INFINITI executive design director. "A shift towards smarter, more compact and less intrusive powertrains; We were able to create an alternative form with flowing gestures, more engaging in character and more enriching in experience. With its long cabin, balanced proportions and muscular stance, the concept heralds in a new era for INFINITI models."

The Q Inspiration cabin follows a minimalist approach, with a concise and clean interior design enveloping the driver and passengers in a serene and comfortable environment. Adevanced powertrains have liberated INFINITI's designers from the constraints of traditional powertrain architecture to realize a spacious interior. Modern technology and craftsmanship merge inside the cabin, presented in a way that enables, rather than distracts, the driver."