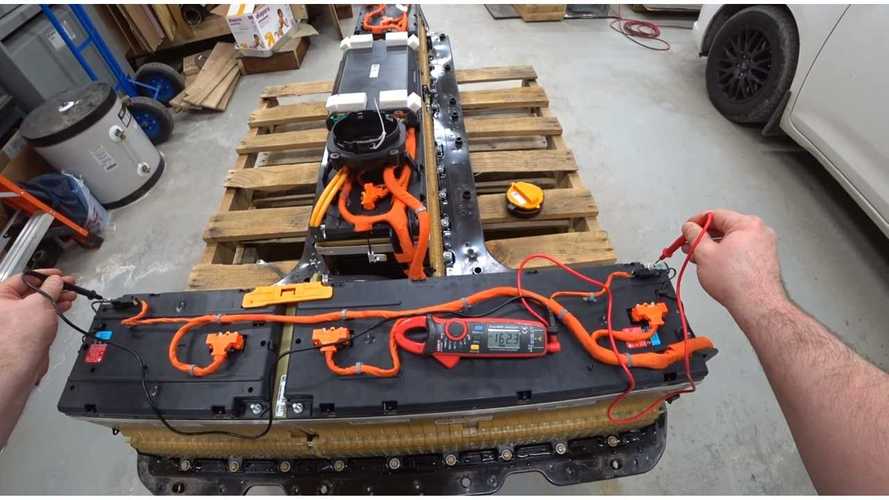 David Poz is a man with a dream (and a small baby attached to his back.) Ok, several dreams, actually, and he's making them come true.

Volt Battery Longevity - This Chevy Volt Has 400,000 Miles On Odometer With No Noticeable Battery Degradation

This particular video deals with his dream of building his own energy storage system that can collect electrons from his solar panels and supply his super-efficient house and garage with 24-hour power without being connected to the grid.

Poz picked up a T-shaped, 2nd-generation Chevy Volt 18 kWh battery from a scrapyard for $2,033 — a mere $113 per kWh — and brought it back to that aforementioned garage, and now the fun begins. With baby Eleanor (mostly) keeping a keen eye on the process, her dad removes the of removing the cover and BMS (battery management system), and takes some voltage measurements.

While it's just the first in a series, it's a great look at the various issues one will run into. According to Poz, this is his first time trying his hand at this sort of project, so it will be interesting to watch how it all progresses. Needless to say, we've subscribed to his channel and will be keeping an eye for updates.

Previously, in addition to a wealth of videos covering the covering the construction of his house, among other things, Poz and his wife made a video discussing the background behind this (and other) project(s). It really creates a foundation for what's to come, so we've included it just below. Enjoy!