IONITY's First Ultra-Fast Chargers Are Free To Use For Now 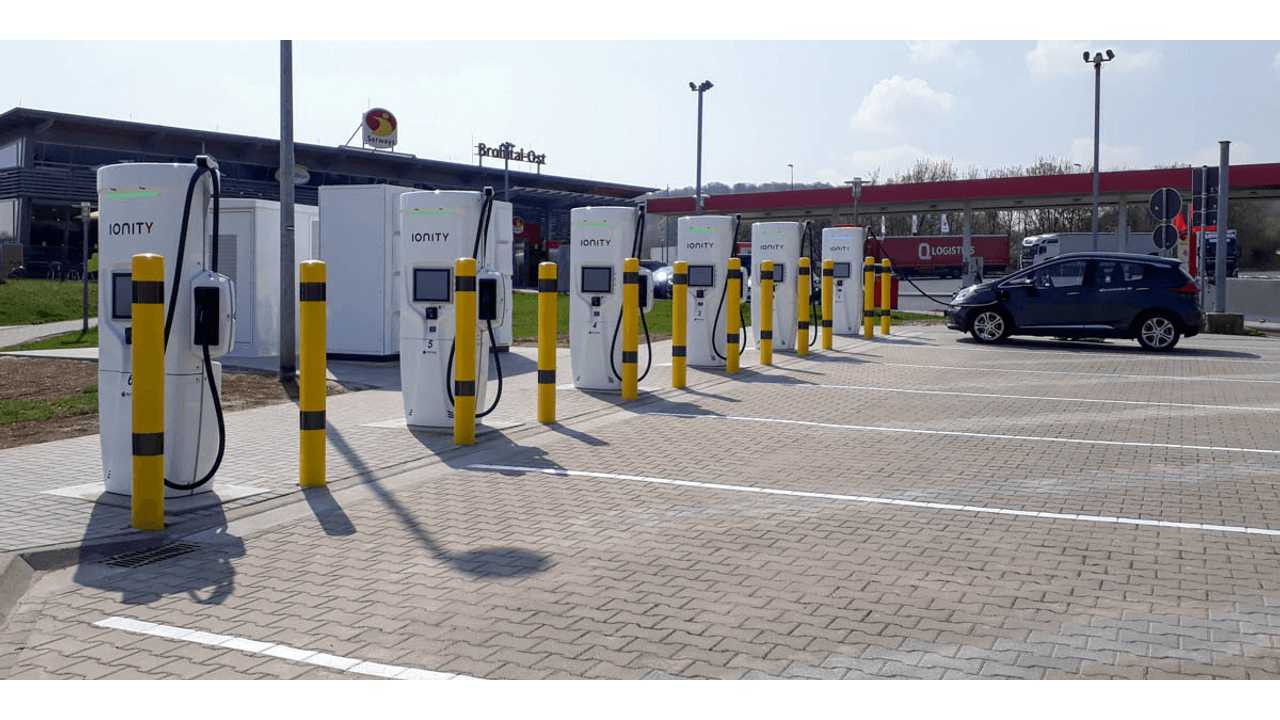 IONITY launched its first ultra-fast charging station, located on the A61 motorway in Brohltal Ost in Germany.

The six-charger-strong stations apparently are capable of supplying up to 150 kW, with a target of 350 kW output in the future.

For now, through the end of May, charging is free, but it's not the way IONITY - founded by the BMW, Daimler, Ford, Volkswagen, Audi and Porsche - intends to operate in the future.

In total, some 400 ultra-fast charging stations are to be installed by the end of 2019.

The supplier of those particular chargers is Australian company Tritium. It doesn't look that fancy, at least not like the concept, but it works.

"IONITY has announced that it is commencing operations at its Brohltal-Ost site today. The IONITY station is based on the A61 motorway in the German state of Rhineland Palatinate and will be operated in conjunction with the German service station group Tank & Rast GmbH. Drivers of an EV fitted with a CCS charging plug are welcome to use the station free of charge until May 31, 2018."