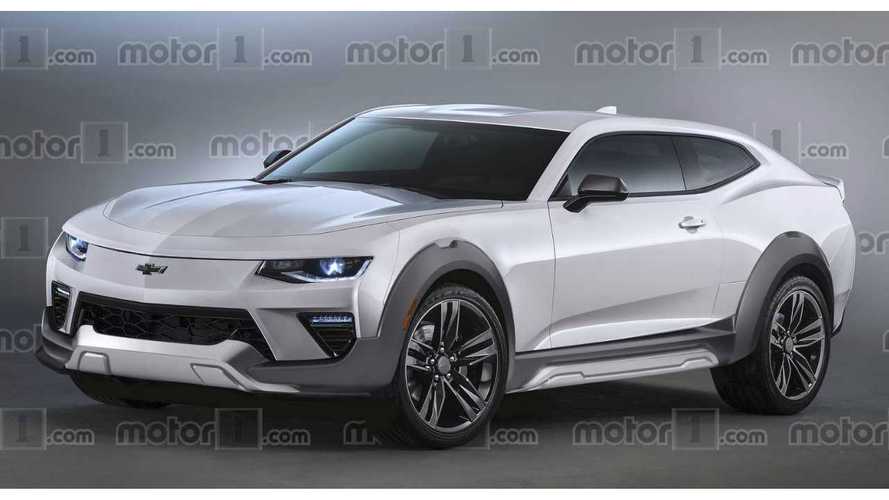 Chevy did tell dealers it's working on a performance-electric car.

Earlier this month, a Chevy dealer went online and discussed seeing a glimpse of the mid-engined Corvette. While that is exciting – and not a surprise – he also noted a performance-electric vehicle that is in development, adding it looked very much like a crossover. In March, Ford asked us to imagine a four-door Mustang SUV – and we did. It also got us thinking. If Ford’s thinking of putting the name on an electric SUV, is Chevy following suit? So, what we have here is what such a performance-electric Chevy crossover could look like if the automaker decides to make it a Camaro. It’d be a tit for tat against Ford.

Related - Chevrolet To Launch Performance Electric CUV, According To Leak

While the Camaro electric SUV doesn’t have four doors like its Mustang counterpart, it does have the appearance of a shooting brake. It’s probably the closest we’ll get to a Camaro-like wagon anytime soon. But the rendering has all the markings of an electric crossover. There’s the solid grille because the usual combustion engine doesn’t need all that air. Sorry, there’s not “Flowtie.”

Gray plastic cladding along the bottom and around the wheel wells accentuates the increased ride height. That stuff is standard for today’s crossover. Got to make it look tough, and rugged for the mall parking lot. There’s a small lip spoiler on the rear that does give the Camaro slightly sporty appearance. We doubt it’ll set any records around the Nürburgring anytime soon.

Just like the Mustang, electrification and hybrid powertrains are inevitable in the Camaro. However, taking an iconic nameplate and putting it on a crossover seems like an idea from the marketing department in hopes of selling something that’s not a Camaro to former Camaro owners with a family to haul around. Mitsubishi did it with the Eclipse Cross, so it’s not out of the realm of possibilities. And Ford seems to be reading from the same book. Crossovers are selling, so why not make everything a crossover?

As of right now, this is just a rendering. If Chevy’s rumored performance-electric vehicle is a crossover, it may not even look remotely like a Camaro or this rendering. Then again, our rendering department certainly makes such a proposition look cool, especially with its two-door appearance.