Electric Cars Are Becoming A Must-Have For The Rich & Famous 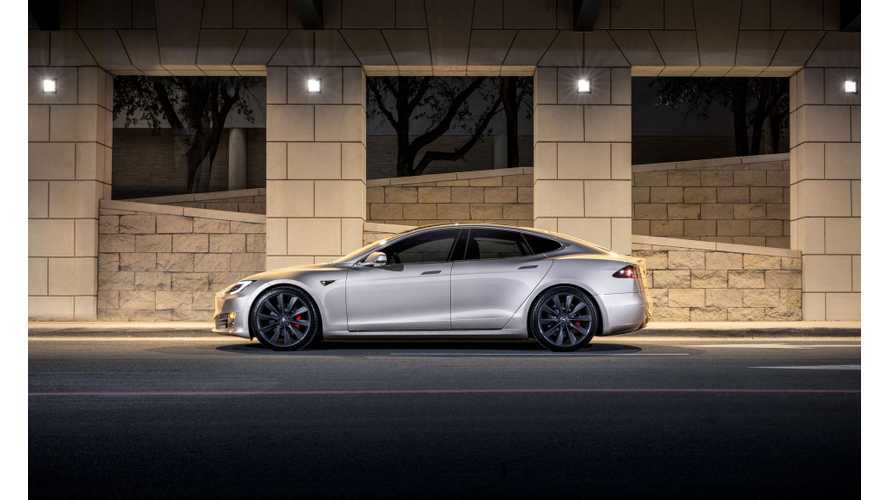 Once seen as the domain of tech geeks and tree huggers, electric cars have transformed into the new, must-have accessory for the rich and famous. Hannah Elliott reports (via Bloomberg), "When marketing luxury vehicles, ‘electric’ is no longer a bad word... feeling good about your car is the new feeling cool about your car."

It's reported, "We take it for granted that a fair number of wealthy car buyers admire electric power, thanks to the cool cachet of Tesla Inc. But not long ago, electrics were viewed as anathema by serious car people." Not anymore. According to Milton Pedraza, founder of the Luxury Institute, “It is definitely high-performance with sustainability that resonates… with affluent and wealthy automotive buyers.”

Tesla may be the industry pioneer but other luxury automakers are looking to get in on the action. Take a posh (albeit stodgy) brand like Bentley. The company's CEO Adrian Hallmark explains, “There is a new dimension long-term in the purchase decision—the ethical value,” he says, referring to gleanings from an internal study Bentley did of the world’s wealthiest people. “Electrification is part of it, and electrification isn’t going away.”

Unlike before, being green is, "spurring the world’s millionaires and billionaires to make luxury purchases, based on a system of values such as reduced carbon footprints and sustainability... According to Hallmark, hybrid and electric cars allow them to express in a novel way."

And Bentley is taking action — consider this: "By 2025, all Bentley cars will offer some version of an electric drivetrain." Hallmark elaborates, "We already know that the will be a battery electric vehicle,” he says. “It will have all of those moral and ethical benefits with it. By not going that way, even if we don’t have to, we would be massively under-performing in terms of customer potential.”

Bloomberg also cites the Porsche Mission-E and Aston Martin Lagonda as other examples of marquis all-electric concept cars coming (someday) from luxury automakers. However, not all luxe car brands are believers. Bugatti's Stephan Winkelmann said “it’s too early to talk about” electrification. Still, he hedges his bets affirming that "it’s something to look into.”

Others are more dismissive. McLaren’s Jolyon Nash said, “Until the technology develops sufficiently for both power and range, I think it would be hard to have an exciting supercar that is pure electric.” And, "Lamborghini SpA’s chief engineer, Maurizio Reggiani, says it would take quite a lot of persuasion—maybe an act of God—for the brand to make anything electric in the near future."

Above: Some of the top luxury exotics are racing to catch up to Tesla's lightning-fast 0-60 MPH performance (Source: Bloomberg)*

Nevertheless, Stephanie Brinley, senior analyst for IHS Markit, forecasts a bright future for vehicle electrification. She acknowledges, "If you look at millennials or the younger generation, there does seem to be more thoughtfulness about what kind of mark you leave on the planet—more so than a decade ago. As we move forward in the luxury landscape, for this type of buyer, having one in your garage will be crucial.”