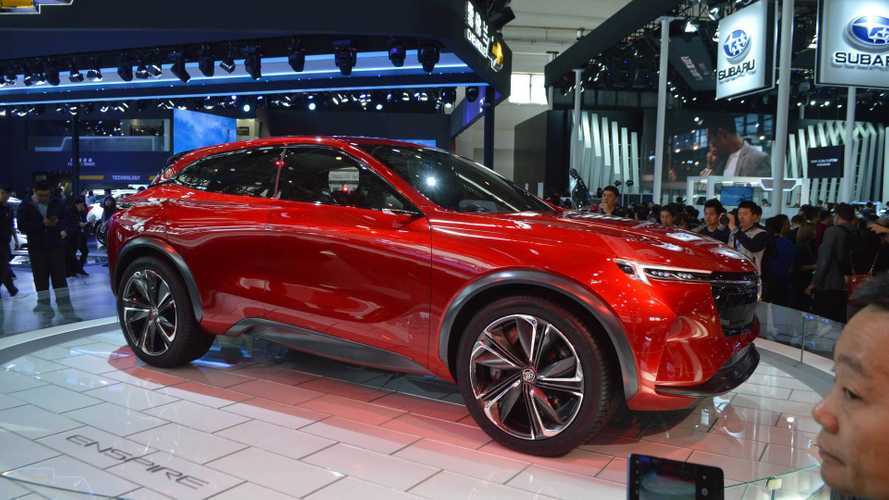 The automaker says it goes 370 miles per charge and notes it can sprint from 0 to 60 mph in 4 seconds. Not quite in Tesla Model X territory, but certainly on the quick side for an SUV.

***UPDATE - April 25 -  Live images from the debut of Enspire in China have been added to this post.

InsideEVs was first to report exclusively on this Bolt-based EV offering back in mid 2017.

Sadly though, it's just a concept. And furthermore, it seems to be a China-only offering, that is, provided it ever reaches production form, which doesn't seem to be the intent here. Instead, Buick says it's "an exploration of Buick’s bold design ideas and innovative technologies for future mobility."

According to Buick, the concept puts out up to 410 kW of power, is "able to travel up to 370 miles on a single charge" and can even charge wirelessly. It's a concept, so of course it can do whatever one can imagine.

It supports fast charging too, which the automaker says can replenish that battery to 80% in 40 minutes.

Enspire will make its on-stage debut in China later this month and we'll be on hand to snap live images of it as it hits the stage. Alongside it will be the new Buick Velite 6 plug-in hybrid and pure electric, both of which will enter production.

There's no indication at this time that this concept is production bound. In fact, we'd bet against it.

WUZHEN, China — The Buick Enspire all-electric concept SUV, an exploration of Buick’s bold design ideas and innovative technologies for future mobility, made its global debut in China. Key features include:

Buick’s eMotion electric propulsion technology generates a maximum power of 410 kW, enabling the concept to sprint from 0-60 mph in 4 seconds. The Enspire is able to travel up to 370 miles on a single charge. Supports both fast and wireless charging — the battery can be charged to 80 percent of capacity within 40 minutes.

The Enspire all-electric concept SUV will be on display at Auto China 2018 in Beijing from April 25 to May 4.