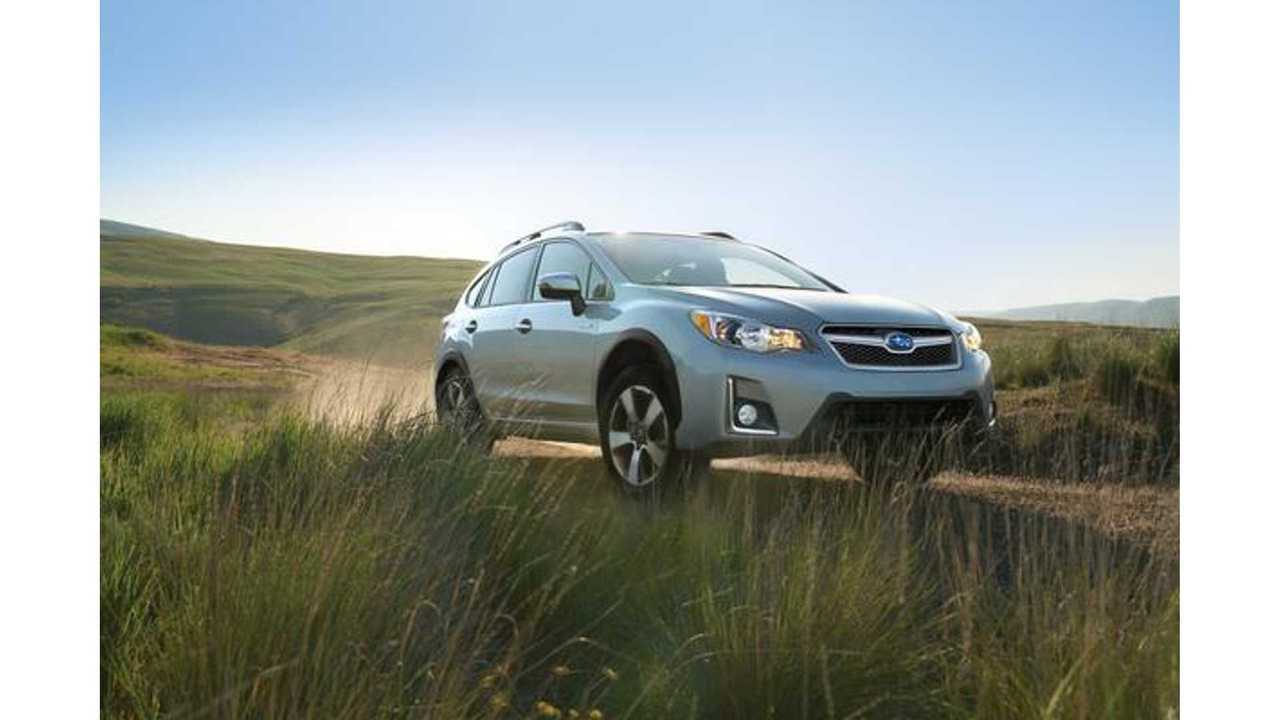 Subaru's first plug-in hybrid (later followed by a pure EV) will go on sale before the end of 2018, and now we have platform information and a possible name.

According to Car and Driver, Subaru of America has yet to comment on the recently discovered "Evoltis" moniker. However, Subaru Corp. of Japan filed a U.S. trademark request for the name last month, with a 1B (intent to use) code.

As the publication clarifies, this is not binding, so Subaru could potentially choose any name for its upcoming PHEV. The Evoltis name could also be meant to refer to the automaker's plug-in lineup, charging system, PHEV setup, or any number of related items. Nonetheless, it seems we have a name in some fashion.

Despite not having 100-percent confirmation on the Subaru PHEV's name, we do know now that the plan is to get it in front of buyers before the close of the year. This has been reported before as a possibility, but now according to C&D, it seems to be a "done deal." The publication says that Subaru must release the car in order to comply with California's ZEV requirements.

The more interesting part is that the car will likely rely on tech from the Toyota Prius Prime, as well as the Prius hybrid's all-wheel-drive system (specifically found on models in the Japanese market, which use a third motor to power the rear wheels). Most of us are aware that Subaru only makes AWD cars (aside from its BRZ sports car, which also shares a platform with Toyota). Subaru chief technical officer Takeshi Tachimori previously explained that the automaker used Toyota tech for the upcoming PHEV.

If the above is all true, Subaru's new plug-in will be way short on range, since the Prime only gets 25 all-electric miles. Add the potential CUV body, more weight, reduced aerodynamics, and all-wheel drive, and we're looking at just a handful of miles. Let's hope this isn't the case. Subaru's earlier attempt with the Crosstrek Hybrid (no plug) didn't go so well ...