Thanks to generous incentives and the size of the market, China has quickly become the largest market for plug-in electric cars.

According to the U.S. DOE’s Office of Energy Efficiency & Renewable Energy, sales of plug-in vehicles in China amounted around 550,000 last year, compared to nearly 200,000 in the U.S.

The other difference is that China is more BEV-focused, while in the U.S. there is a similar number of all-electric and plug-in hybrid sales. 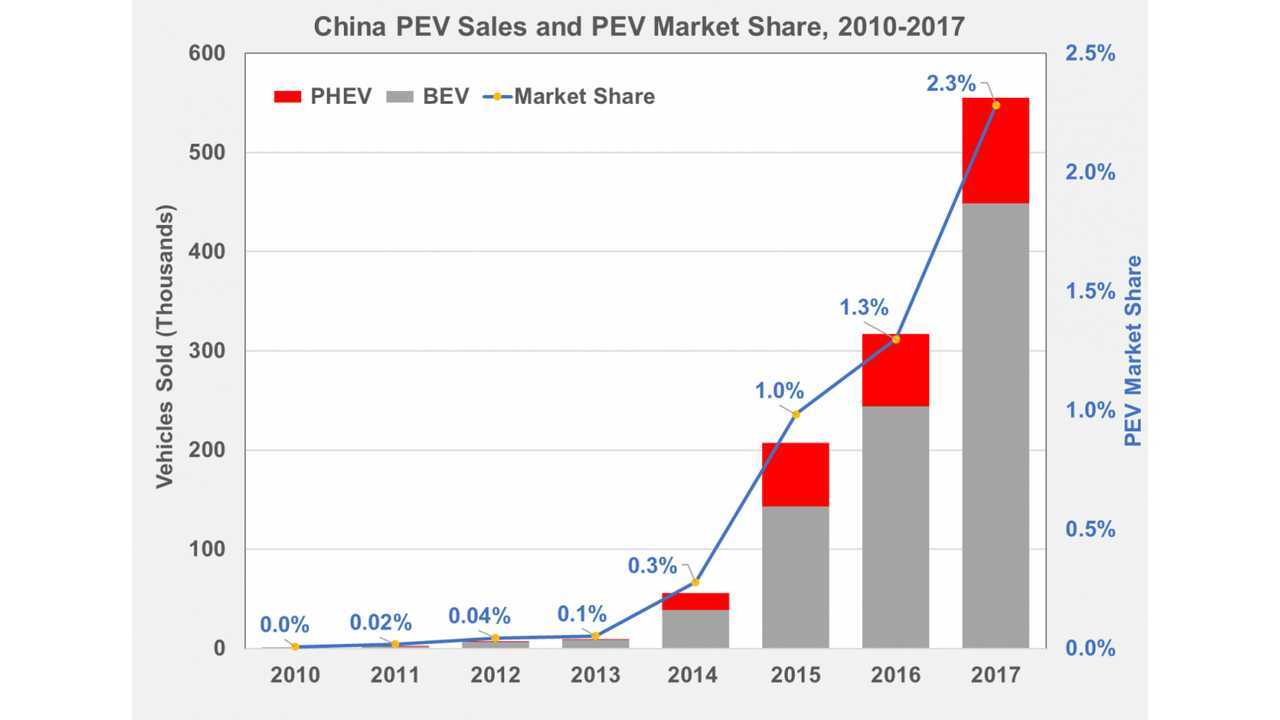