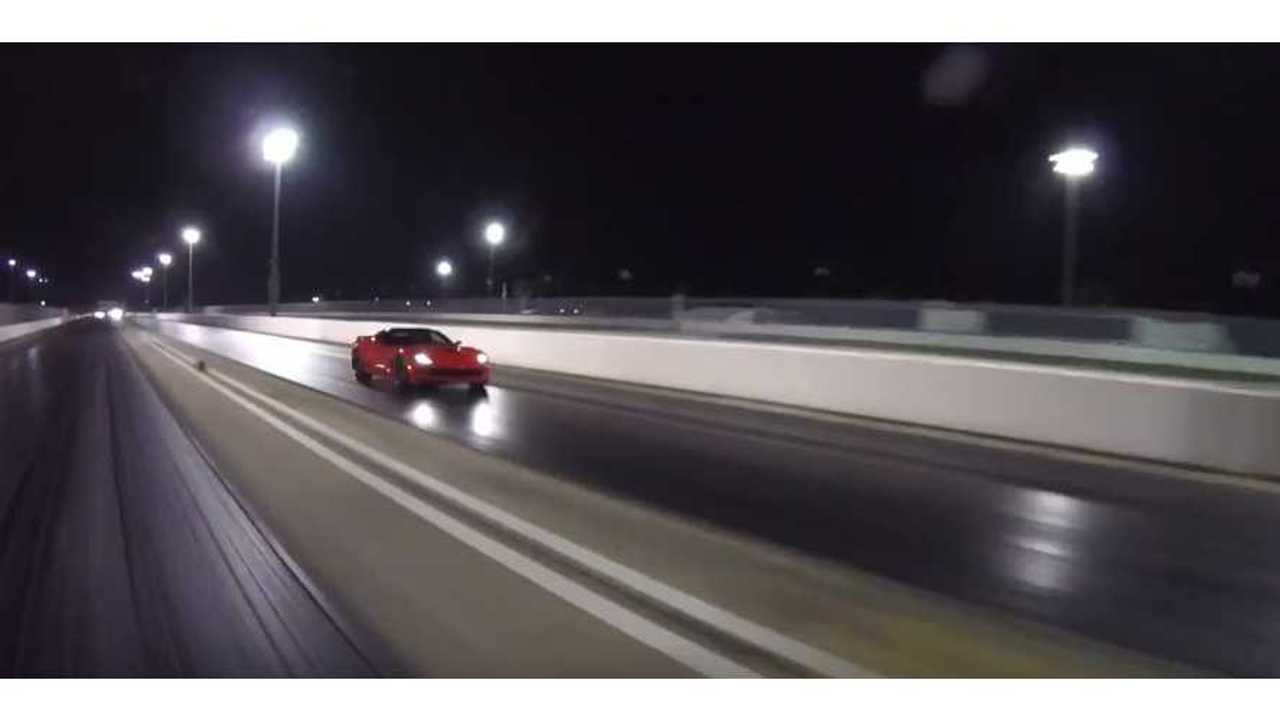 The sad Chevy Corvette Z06 is simply no match for the big three-row electric SUV.

The 1/4-mile race takes place at the Palm Beach International Raceway, site of most of our posted Tesla racing videos.

We'd like to say the Tesla Model X P100D wins this one due to its launch capabilities that stem from its AWD setup, but the Corvette Z06 doesn't seem to spin its wheel at launch, so the AWD advantage isn't why the Model X wins here.

It's gotta be its pure grunt then. This version of the Model X weighs some 5,531 pounds, yet it zips from 0 to 60 MPH in 2.9 seconds, which is more than quick enough to put the Z06 behind it in a flash.

Tailing from the get go, the Corvette simply can't catch up before the 1/4-mile comes to an end.