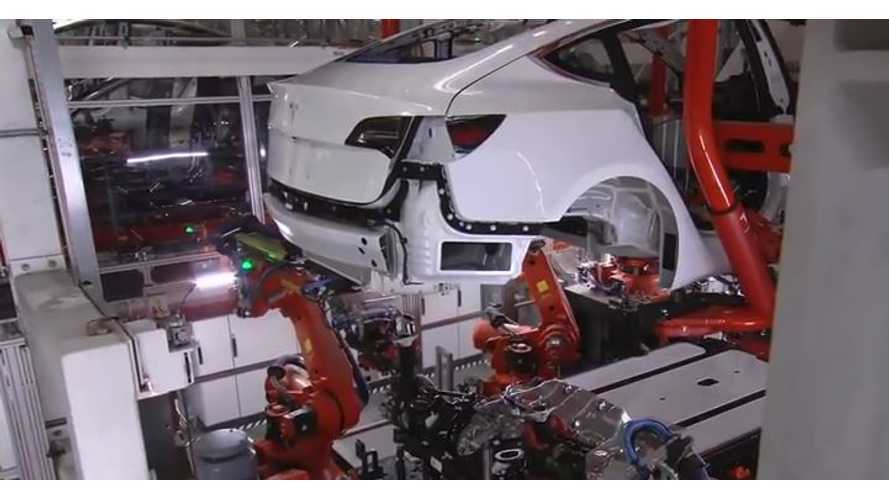 Bottlenecks are still present and automation still in need of improvement.

In early April, Tesla has finally achieved a 7-day production run rate of over 2,000 units for the Model 3 (and likely 2,500 last week), but that number will not be met this week as the automaker has just announced it's shutting down the Model 3 line for up to 5 days.

The announcement came just moments ago in a statement where Tesla addressed it as follows:

“These periods are used to improve automation and systematically address bottlenecks in order to increase production rates."

“This is not unusual and is in fact common in production ramps like this.”

Just a few days ago, Tesla CEO Elon Musk may have been hinting at this looming shutdown when he stated:

“Yes, excessive automation at Tesla was a mistake. To be precise, my mistake. Humans are underrated.”

So, it seems now that either these automation issues will be corrected or perhaps more humans (employees) will be brought in to take over the tasks robots simply can't do properly.

Reports suggest employees on the Model 3 line have been asked to take vacation days or to go without pay (some may be offered a temporary alternate job within the factory) for a 4- to 5-day period until the line is back up and running.

The first time "bottlenecks" was mentioned in connection with Tesla Model 3 production was back in late 2017. It took the automaker quite some time to address those problems, with software being the main issue.