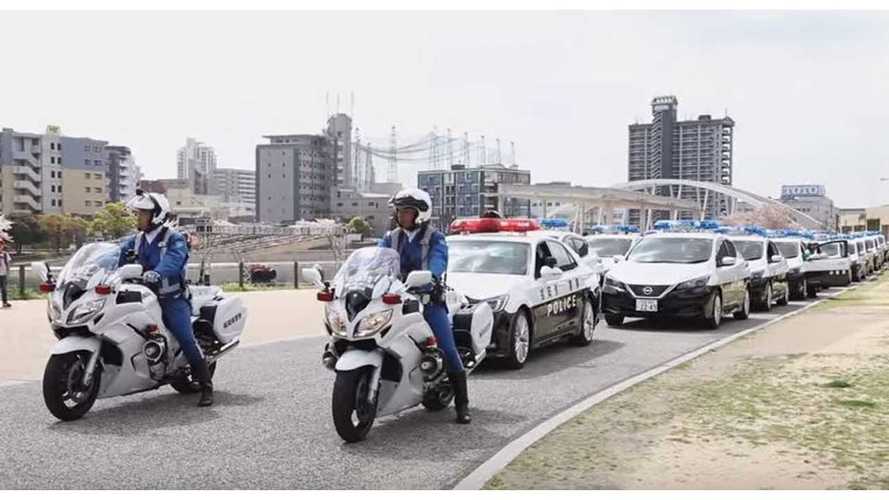 Ready to patrol the streets of Japan.

This isn't the first time we've seen the Nissan LEAF serve in patrol duty, nor is it even close to a first for electric cars, but still, seeing all these shiny new LEAFs ready for action is a sight to behold.

As a public relations enlightenment support car (so-called "blue pato") responsible for crime prevention in each region of Fukuoka prefecture, we used a total of 22 new Nissan Leafs at the Fukuoka Traffic Safety Association all together. The association-sponsored "Blue Pato departure ceremony" was held in conjunction with the start of the 4/3 spring traffic safety campaign.

All told, there looks to be some 22 new LEAFs ready to serve and we believe (our Japanese isn't what it used to be) they'll be patrolling the streets Fukuoka, so if you're in the area, keep an eye out.