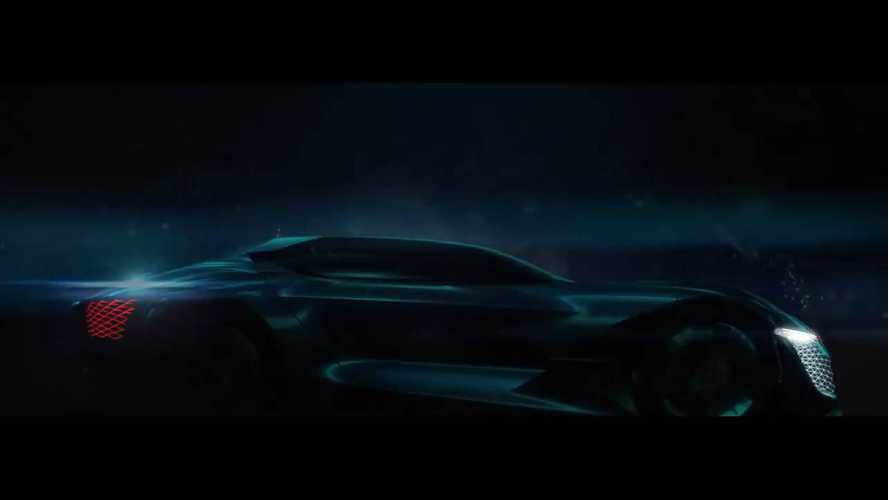 The French company dreams of the year 2035.

DS, the French premium brand part of the PSA family, has announced on social networks the arrival of a new electrified concept car. The text accompanying the teaser video, published by the company’s head of design, Thierry Metroz, on Instagram, reveals it’s a study previewing the mobility in the distant future.

The name of the mysterious vehicle, DSX E-Tense, raises a couple of questions and we have answers for at least two of them. E-Tense basically means we will be dealing with an electric or a hybrid concept, while the “X” could be related to an all-wheel drive with two or four electric motors.

The silhouette that we see briefly in the video is characterized by a long hood and muscular wings with wide arches hiding massive wheels. It looks like a coupe or a sharpened sedan with a sporty character and distinctive LED light signature.

The video also suggests DS could be working on two versions of the concept – one with a traditional closed cabin and another with an open single-seat cockpit, just like in Formula cars. Whether the French automaker will debut one or two studies remains to be seen.

As far as the date when we will see the DSX E-Tense in its full glory is concerned, most likely, DS will bring the show car to Beijing for the local international auto show in the end of April.

The company has already promised it will launch a new electrified vehicle every year. The start of the electric push was given with the hybrid DS 7 Crossback E-Tense, which has a gasoline engine with 200 horsepower (149 kilowatts) paired to an efficient automatic gearbox with eight speeds. It is located transversely between the ICE and the electric motor.