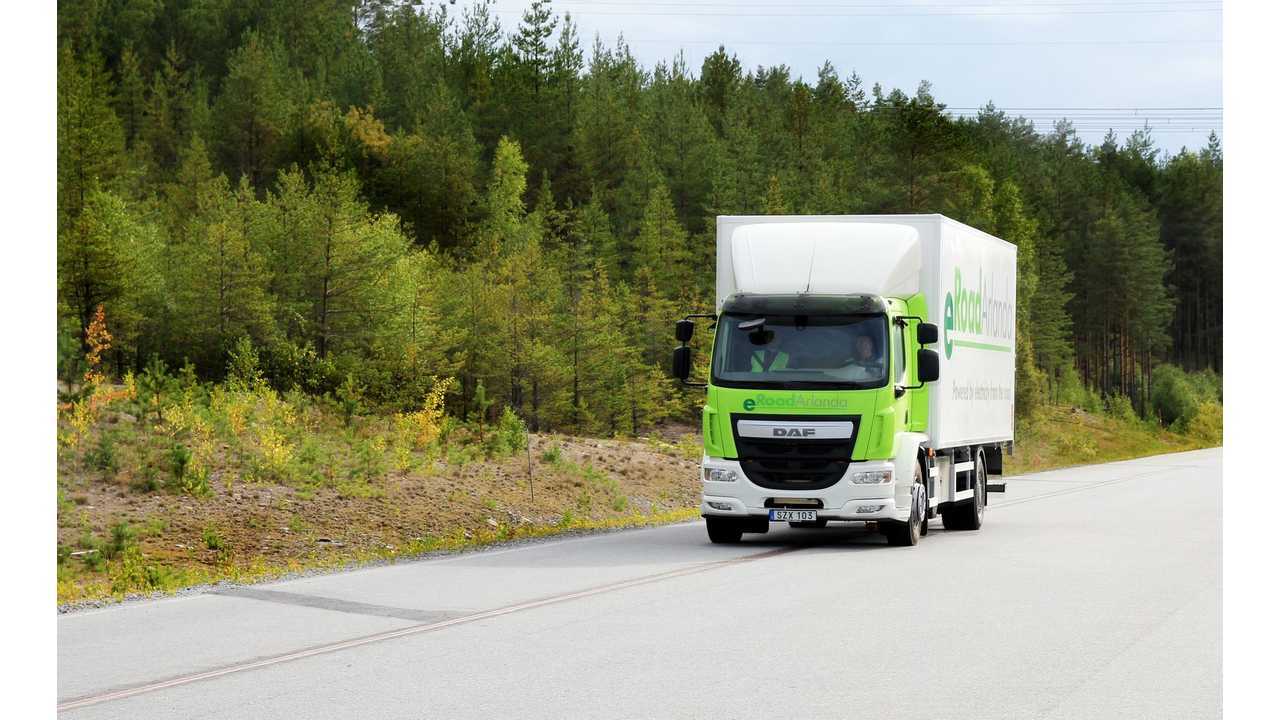 A new unique project was recently launched in Sweden, where a group of companies built a 2 km (1.2 mile) electric rail embedded in the road for powering vehicles.

The eRoadArlanda project currently uses truck with a special moveable arm that automatically detects the rail and connects for powering the vehicle (and charging).

"Approximately two kilometers of electric rail have been installed along public road 893, between the Arlanda Cargo Terminal and the Rosersberg logistics area outside Stockholm. The electrified road works by transferring energy to the vehicle from a rail in the road through a movable arm. The arm detects the location of the rail in the road and as long as the vehicle is above the rail, the contact will be in a lowered position. The electrified road will be used by electric trucks developed as part of the project."

According to the eRoadArlanda, the system could work with big commercial vehicles, as well as in passenger cars.

As in the case of many other concepts, the question is the overall costs compared to EVs with longer-range and fast chargers along major routes. It should be cheaper than dynamic wireless charging though.

"“One of the most important issues of our time is the question of how to make fossil-free road transportation a reality. We now have a solution that will make this possible, which is amazing. Sweden is at the cutting edge of this technology, which we now hope to introduce in other areas of the country and the world,” says Hans Säll, Chairman of the eRoadArlanda consortium and Business Development Director at NCC.

Tomas Eneroth, Swedish Minister for Infrastructure, and Lena Erixon, Director General of the Swedish Transport Administration, were on hand at the formal inauguration ceremony for the road.

The eRoadArlanda project is working to make electrified roads of the future a reality and is part of the Swedish Transport Administration’s pre-commercial procurement of innovation. The solution is based on conductive technology that uses an electric rail installed in roads to power and recharge vehicles during their journey. The project is being managed by a consortium comprising the following members: Elways, NCC, PostNord, ABT-bolagen, Vattenfall, DAF, KTH, Kilenkrysset, VTI, E-traction, GCT, KTH, Bilprovningen, Airport City Stockholm, Sigtuna Municipality, Swedavia, Arlanda Stad Holding, TraningPartner, FirstHotel, Frost Produktion, SMM Dulevo and Sandströms Elfirma."