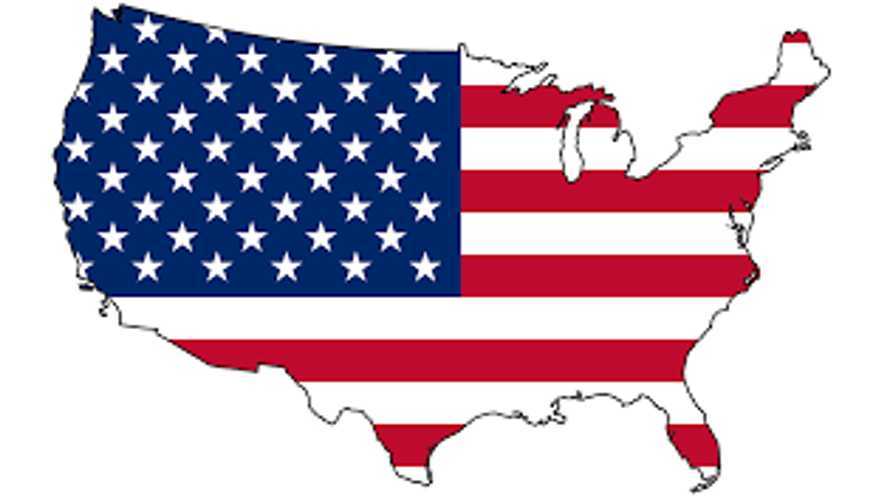 The national standard on greenhouse gas emissions (GHG) and light-duty vehicle fuel economy was developed by the Environmental Protection Agency (EPA), the National Highway Traffic Safety Administration (NHTSA) and the California Air Resource Board (CARB) with the express purpose of unifying emissions and fuel efficiency standards across the country. This is often referred to by the industry and regulators as the “Single National Standard” or “One National Program."

Announced by the Obama administration in 2009, it was notable for creating the first national standard that had the support of CARB, automotive workers, environmental groups and every major automaker except Volkswagen. Naturally.

“This agreement on fuel standards represents the single most important step we’ve ever taken as a nation to reduce our dependence on foreign oil,” President Obama stated as the program went into effect in 2011. “Most of the companies here today were part of an agreement we reached two years ago to raise the fuel efficiency of their cars over the next five years. We’ve set an aggressive target and the companies are stepping up to the plate. By 2025, the average fuel economy of their vehicles will nearly double to almost 55 miles per gallon.”

Despite the significant increase in fuel economy and emission standards, automakers were extremely supportive overall. Previously, competing and often contradictory standards would be enacted by the EPA, NHTSA, and CARB. Often, automakers would find their products compliant with one of the three agencies but not with another. So this new agreement would significantly reduce the cost of compliance.

The EPA would work to harmonize GHG emission standards with the Corporate Average Fuel Economy (CAFE) standards set by the NHTSA. CARB would keep their legal authority to set stricter emission standards. However, because these standards were co-developed by California and federal agencies, a vehicle compliant with the federal standards is also compliant in CARB states.

For obvious reasons, this arrangement appeals to automakers. “The Alliance continues to support One National Program for light-duty vehicle fuel economy/GHG emission standards” the Alliance of Automobile Manufacturers recently stated to US representatives.

Automakers and California Want to Maintain the National Standards

Unfortunately, aggressive statements by EPA Administrator Scott Pruitt have many concerned about the future of the One National Program. His close ties to the oil industry means that his loyalties do not lie with government regulators, automakers, American consumers or the environment.

In a letter to the EPA and NHTSA, Thomas Pyle of the oil-industry lobbying group American Energy Alliance spouted the typical anti-environmental propaganda. "Decisions about what kinds of cars people buy and drive should be made by the consumers themselves, not bureaucrats in Sacramento."

This Koch-funded ideology seems to be at the source of Pruitt’s more worrisome statements. “California is not the arbiter of these issues,” Pruitt recently claimed, stating that California regulators “can’t dictate to the rest of the country what these levels are going to be.” Clearly, Mr. Pruitt and Mr. Pyle are not aware that California and federal regulators work together to craft this regulation with input from the automotive industry.

Hopefully, California and industry representatives are able to assert more influence over the EPA than oil industry lobbyists.

Mary Nichols, chair of the California Air and Resource Board, and other CARB officials have stood firm against the current administration. If Pruitt’s EPA and the NHTSA significantly weaken standards, CARB will not follow suit. They will move forward with the increased standards and will likely enact tougher standards in the years to come.

Automakers agree. During the comment period of the Mid-Term Evaluation, Nissan stated that “CARB has an important role to play in the ONP (One National Program) and strongly requests CARB’s continuing involvement in the ONP with EPA and NHTSA.” Mary Barra, CEO of General Motors confirmed the need for “one national set of requirements” and that California needed to be involved in the process to keep this national standard.

The Global Automakers lobbying group stated in their recent comment to the EPA that the “EPA, NHTSA and California need to work together to maintain the One National Program as all parties committed to at its inception.” The UAW labor union insists “California and non-governmental organizations must have a seat at the table along with manufacturers and workers.”

If the EPA should pose a threat towards California’s waiver, the state will not go down without a fight. Amending the Clean Air Act seems unlikely, and in court, the agency’s autonomy is sure to be upheld since all administrations except the Bush Administration had issued the state regulatory agency’s requests for waivers.

Under a potential scenario where the EPA challenges the authority of CARB, automakers would find themselves moving in reverse. If California prevails as is expected, the industry would again be facing multiple standards and future regulatory uncertainty. It is probably the kind of situation that keeps automaker CEOs up at night.

If things do play out this way, Mary Nichols won’t be particularly sympathetic. “I want to turn to the industry representatives who are here and say, ‘what were you thinking when you threw yourselves on the mercy of the Trump administration to solve your problems?’’’ Nichols said in March of last year.

However, Nichols recently suggested at the Bloomberg New Energy Finance’s Future of Energy Summit that there was still a path to success in coming to an agreement. California will not be willing to lower standards, but is open to adjustments. Primarily, automakers want an increase in flexibilities for advanced technologies such as electric vehicles, and adjustments made to the EPA and NHTSA credit systems to better harmonize their policies.

Somewhat similar to CARB Zero-Emission Vehicle (ZEV) credits, the EPA and NHTSA offer credits (often referred to as “flexibilities”) that can be banked for future use or traded with other automakers. Credits can be earned by over complying with federal standards or by implementing new and proprietary technologies to increase vehicle efficiency.

But, policies for the two organizations do not always compliment each other. For instance, credits work differently between the two organizations.  In a comment to the EPA, Nissan describes how “under the current CAFE credit transfer limit, the same OEM fleet could be in compliance with GHG requirements but not with CAFE.”

While vehicle manufacturers have a variety of concerns they would like to see addressed, some of the proposed changes automakers can agree on are:

These suggestions and others were recently presented to the US House of Representatives by Mitch Bainwol of the Alliance of Automobile Manufacturers in December 2017. But, they were initially proposed to the EPA and NHTSA in June of 2016.

At the time, the NHTSA under the Obama administration correctly stated that just because some automakers are unable to meet the standards, that does not mean the standards are unreasonable. Nevertheless, the agency would consider many of the measures for increased flexibilities in the upcoming Mid-Term Evaluation.

Since then, several manufacturers have proposed additional changes that would not only provide better flexibility for automakers, but would also increase electric vehicle adoption. Nissan, GM, and BMW would like to see credit multipliers for electric and plug-in hybrid vehicles increased and made available past the year 2021. Currently, many of the CAFE and GHG incentives expire after 2021.

BMW and GM have requested credits be issued for increased ride-sharing and autonomous electric vehicle development. Automakers also feel that the source of energy used to charge an electric vehicle should not count against the vehicle’s emissions. This is a factor that is out of their control, and with each passing year, our electric grid is getting cleaner.

Because Mary Nichols has stated a willingness to compromise, these are the types of modifications that California and automakers could come to an agreement on. The auto industry often doesn’t move quickly enough for most of us in the EV community, especially since some automakers are far more reluctant to embrace electric vehicles than others.

But, CARB can probably get behind improvements to regulations if they encourage electric vehicle adoption and maintain the strong federal standards.