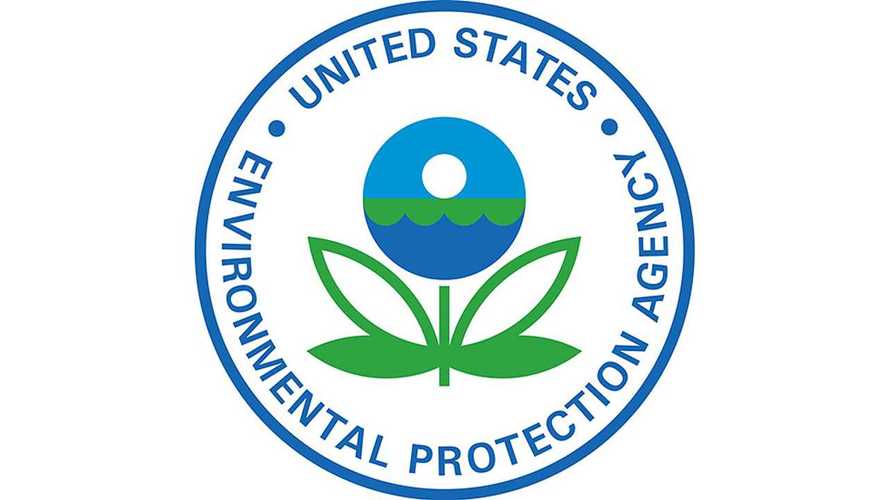 In late 2016, the Environmental Protection Agency (EPA) under the Obama administration presented over 1,000 pages of documentation arguing that the auto industry is prepared to meet the 2022-2025 emission standards. In January 2017, the agency released a Final Determination confirming that the standards could be achieved at a reasonable cost.

After the change to the Trump administration, new EPA administrator Scott Pruitt announced that he would be re-opening the Mid-Term Evaluation process. Earlier this month, the EPA provided a new 38-page Final Determination. In it, these previously approved standards were declared not appropriate. But instead of presenting evidence that led to this change, the EPA’s decision is based almost exclusively on the complaints of a handful of automakers.

Prior to the release of the new Final Determination, the EPA re-opened the Comment Period. Ford, Toyota, Fiat, Mercedes, and Mitsubishi jumped at this opportunity to air their fears about increased electrification of the automobile.

In comments presented to the EPA, Fiat and Ford both argue that increased levels of electric vehicle adoption will “negatively affect affordability, lowering sales, and ultimately impacting jobs.”

Ford presented a study it conducted itself that claims the 2022-2025 MY emission standards would reduce sales volumes by 4%. Ford also recommends that “future standards should be based on projections at the conservative end of the range.” They insist the standards should be lowered because they believe consumers “do not perceive that electric vehicles offer a performance or functionality benefit over conventional gasoline-powered vehicles.”

Mercedes-Benz likely agrees with Ford’s assessment. They claim fuel efficiency is rarely a factor in the luxury automobile market. In their comment to the EPA, they let the regulatory agency know that "our customers do not necessarily demand efficiency over safety or comfort.”

They present the tepid sales numbers of the S550e as evidence of a lack of support for electric vehicles in the luxury market. “Our customers are then typically unwilling to compromise much for increased fuel economy as only 441 MY2016 S550e models were sold in the US, which is approximately 0.1% of the Mercedes-Benz fleet sold in MY2016.”

Although, Mercedes does acknowledge that the vehicle’s poor engineering might be partially to blame “despite having a downsized engine this model is slightly heavier, has a slightly slower 0-60 acceleration time, and has reduced trunk space for the battery.”

Mitsubishi is also referenced frequently by the EPA. According to the EPA, Mitsubishi “expressed concern that it would have to add electrification to already efficient low-priced vehicles and the increased price could drive buyers to less efficient used vehicles.”

Toyota similarly warns that the level of electrification needed to comply exceeds past agency modeling estimates and “is not aligned with market realities.” It feels the EPA’s initial sales estimates were far too high for a market that is currently “unable or unwilling to support absent significant changes in market signals.”

The Japanese automaker states that beyond 2025, the CAFE and GHG improvements would require a “transition to greater levels of electrification.” As a result, hybrids, 48v systems, or other ICE technological advances “could be obviated by this transition to electrification resulting in significant stranded investment.” In order to ease the regulatory burden, Toyota suggests that current full-size pickup truck incentives should be available to all light-duty trucks.

This is precisely the kind of thing Scott Pruitt wanted to hear, so these statements and others were presented as evidence by the EPA that the 2022-2025 MY emission standards were not appropriate.

Not all automakers have such a grim view of the future of the electric car.

To be clear, no traditional automaker is 100% behind every aspect of the 2022-2025 MY standards. Barring Tesla, each has requested some level of modification. But the chief concern for most automakers is not zero-emission vehicles, but something much more mundane. They are more concerned with the inconsistencies between regulations administered by the EPA and the National Highway Traffic Safety Administration (NHTSA).

Nissan says these inconsistencies create “unnecessary complexity and challenges for OEMs … For example, under the current CAFE credit transfer limit, the same OEM fleet could be in compliance with GHG requirements but not with CAFE. A regulatory patchwork of individual federal and state GHG and Fuel Economy programs is neither effective nor efficient.” GM, BMW, The Alliance of Automobile Manufacturers and the Association of Global Automakers have all expressed similar concerns.

GM and BMW chose to not participate in the most recent comment period. But, from public statements and quotes from previous comments submitted during the Obama administration, we do have some idea where each company stands on these issues.

In a comment to the EPA in January of 2017, GM stressed the importance of the credit flexibilities provided by both regulatory agencies. These flexibilities are a means of meeting compliance by earning and banking emission credits due to over compliance and development of new technologies. In June of 2016, automakers requested updates to rules regarding credit trading, credit life, off-cycle efficiency applications, and credits for advanced technology vehicles (PHEV, EV, FCEV, CNGV). Many of these credits are set to end within the next few years, and in the case of the NHTSA credits, they will expire half a decade before those issued by the EPA.

In Nissan’s comment to the EPA, they expressed their support and commitment for continued electric vehicle development, calling on government agencies to support adoption. BMW stated in a comment earlier in the year that the “market share of electrified vehicles nationwide is still very low and future development is highly uncertain.” However, BMW expressed their support for electric vehicle programs. They similarly offer a series of suggestions to encourage plug-in investment.

BMW, GM, and Nissan all suggest extending the multipliers for electrified vehicles. In a comment to the EPA from earlier in the year, BMW states this would “incentivize automakers to further develop and deploy these technologies throughout their portfolios.”

BMW has recently argued that “car sharing, for example, has a clear positive effect on the emissions in sensitive urban environments.” GM CEO Mary Barra discussed with the EPA the ”need to comprehend new technology developments like increased shared and autonomous electric vehicles.” Most automakers have also stated support for the extension of the $7,500 EV tax rebate.

CARB is Open to Adjustments

All of the issues and solutions presented by automakers address specifically the discrepancies between the EPA and NHTSA. No automaker has expressed frustration with the role of the California Air and Resource Board (CARB) in the rulemaking process. Because CARB accepts the current federal standards for GHG emissions and average fuel economy, this arrangement provides clarity for manufacturers. Maintaining the current singular standard is important to automakers.

Nissan says it “strongly supports the continuation of ONP for GHG and Fuel Economy and urges EPA, NHTSA and CARB’s close coordination on the Midterm Evaluation process.” GM, Toyota, the Auto Alliance, and Global Automakers have all stressed the importance of CARB in this process.

This week Mary Nichols, chair of the California Air and Resource Board expressed a degree of hopefulness. “Reason could prevail,” Nichols stated Tuesday. “There’s a way to get to success, unless your goal is to roll over and not allow us to have any standards.”

Making her remarks at the Bloomberg New Energy Finance’s Future of Energy Summit in New York, Nichols expects the EPA to present CARB with a variety of options for approval. It can be expected that any extreme proposals or weakening of the standards will not be considered appropriate by CARB.

But, many of the relatively modest proposals lobbied by BMW, GM, Nissan, and others very well might be acceptable to the regulatory agency. Nichols specifically expressed support for extended credits for electric vehicles, as well as incentives for ride-sharing services, and autonomous vehicles. These and other proposed adjustments will best benefit automakers that have embraced Plug-In vehicles such as GM, Nissan, and BMW. It is no surprise that they align neatly with the goals of Nichols and CARB.