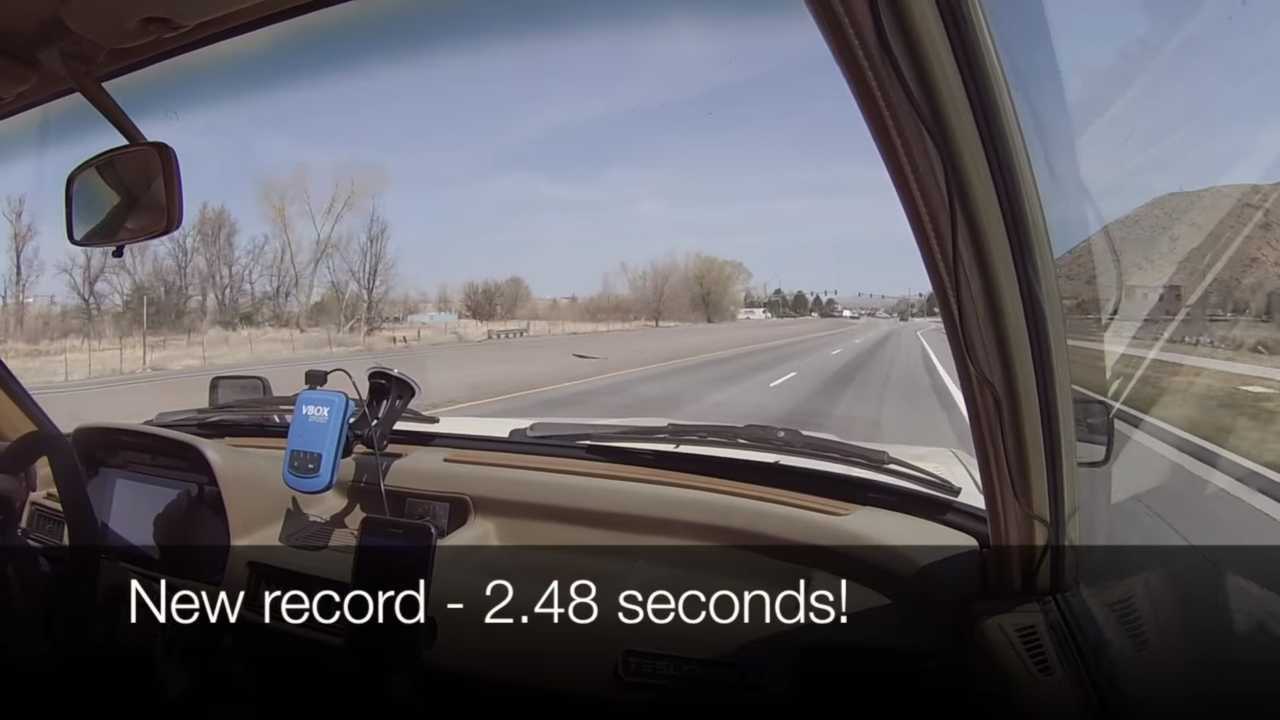 And go under the hood to see how it works!

You remember that first-gen Honda Accord/Tesla/Chevy Volt monster mashup we showed you a couple months ago? Well, it's back. And it's badder than ever.

Since launching itself into the public eye, the Teslonda, as its builder affectionately calls it, has undergone some improvements. At that time, our little Japanese-American friend was managing to make the trip from a stand still to 60 miles per hour in a mere 2.7 seconds.  No mean feat, but not good enough for "Jimmy Built," the nom de guerre for this effort. With a goal of improving on that fantastic time, changes were made both to the hardware and software that runs this thing.

Now, a new video has been released wherein that original time has been demolished with a 2.48-second run. This may not seem like a huge improvement to some, but when you're already operating in the thin air near the peak of performance mountain, every gain is a laudable victory. Still, the actual driving portion of this footage isn't really the best part.

Before getting strapped in, the driver gives us a good look under the hood and in the passenger compartment where extensive modifications have been made. The space formerly known as the engine compartment is now home to the the "T" section of the Volt battery, while the cockpit has its own surprises. We won't spoil them all for you here, but we still feel compelled to leave this hint: arcade high score easter egg awesomeness.

Pretty sweet, right? If you want to delve into this project a little more, we suggest you follow Jimmy.Built on Instagram for lots of short clips and photographic updates. Right now, Teslonda is once more in pieces, as it's getting a Quaife limited slip differential to help it hook up, since it can't rely on Tesla's system for traction control.

As a bonus, we're also throwing in a video (below) of the modifications that have been made to the battery pack to help it kick out the amps — over 1,200 of them, it's claimed. We also get a good look under the chassis to see some of the modifications needed to accommodate the unorthodox setup. Enjoy!