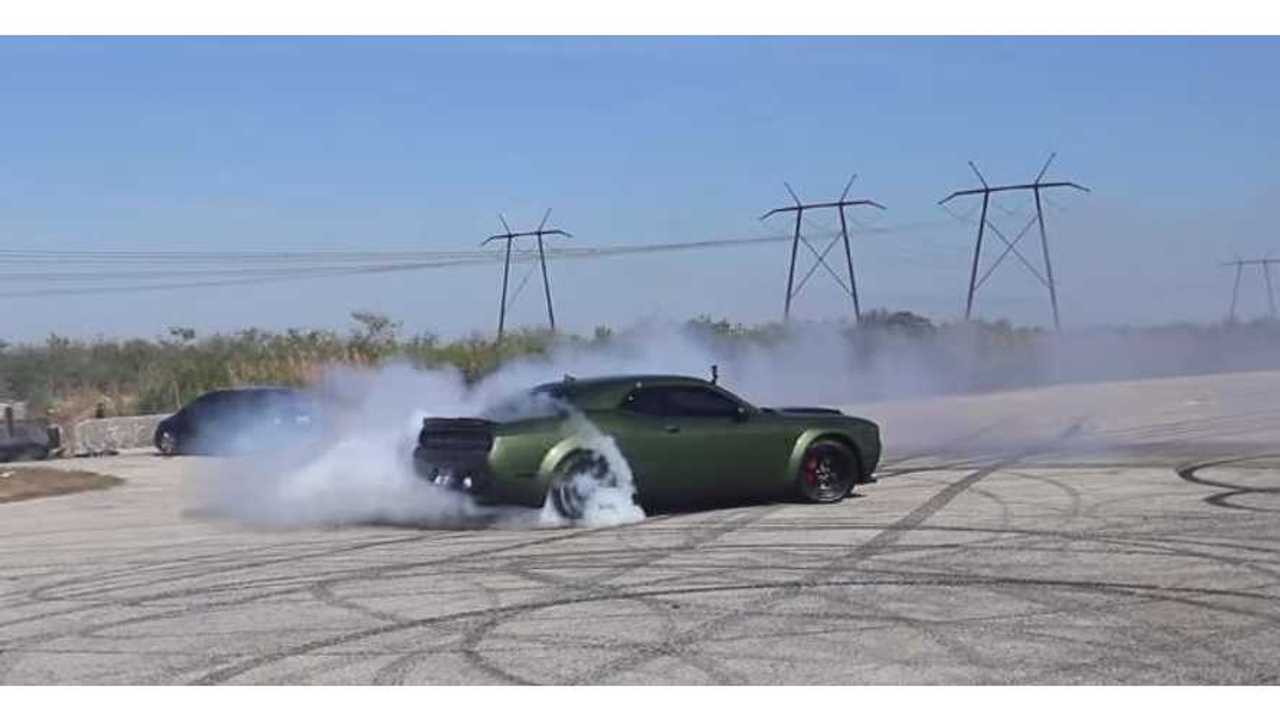 The Dodge Demon is a monster on a properly prepped drag race strip, but how does it fare away from the strip where conditions aren't necessarily ideal? Or, you know, like in the real world?

***DragTimes temporarily pulled all Dodge Demon videos. We have a new video here for your enjoyment until the video is back online. We apologize for the inconvenience, but it's out of our control.

The front-tire-lifting Demon is a formidable opponent at the track, where it can put down most of its mounds of torque to its rear wheels, but away from the strip, where traction is always an issue, can it match the dual-motor, AWD Tesla Model S P100D?

In round 1 of this matchup, the two vehicles squared off for a couple of runs. The Demon looked out of its league against the Model S, but this time around there are several races, including one from a roll, so surely the Demon stands a chance, right?

The Dodge Demon simply lacks the necessary grip to compete with the dual-motor, AWD Model S.

In the real world though, it’s not easy to lay down those numbers without the added traction of AWD, which the Demon lacks. As Motor Trend previously stated of the P100D version of the S:

“Launching a Model S P100D (weighing 5,062 with gear and driver) in full-on Ludicrous Easter-egg mode snaps your body in a manner that is utterly impossible to replicate in any other street-legal production car on normal tires and dry asphalt at a mid-$100,000 price point. We regard 0–30-mph acceleration times as the benchmark for how hard a car launches, and this new Tesla gets there 0.05 second ahead of the next quickest (aforementioned) 0.92-second 911 Turbo S.”

Round 2 of Demon vs Tesla! We test out a real world scenario with a Dodge Demon going up against a Tesla Model S P100D Ludicrous on the street. Can the front tire lifting monster horsepower Demon perform on the street like it does at drag strip?

DragTimes says round 3 of this Tesla versus Demon racing matchup is coming soon. Any guesses which car will win that one?

***Editor’s note: Street racing is illegal, unsafe and not advised.