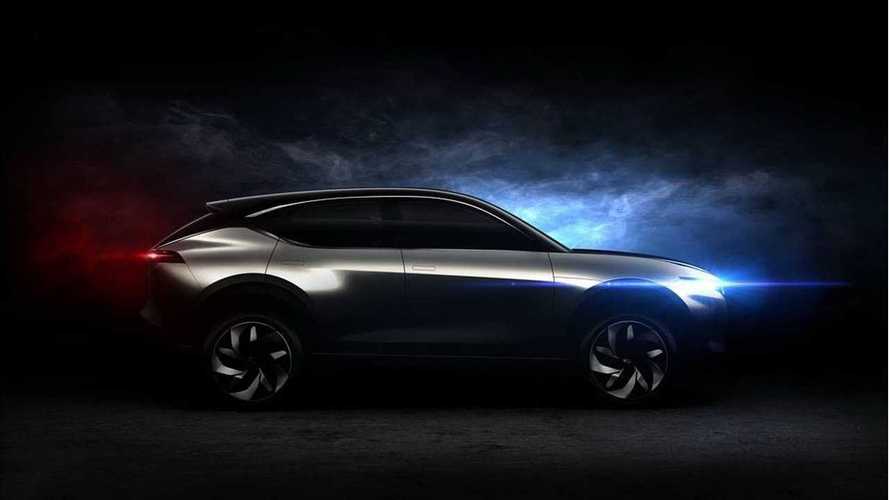 Following a shadowy teaser image of the H500 sedan – also scheduled to make its debut in Beijing – the Italian design firm Pininfarina has released two new images of an SUV it also plans to show off at the event. The company is calling it the K350, and like to the H500 sedan before it, it will eventually become the newest high-riding member of the Hong Kong-based Hybrid Kinetic Group family of vehicles.

Though the two images don’t show much, apart from an overall profile and a ultra-luxurious interior, we do know that the new vehicle will be called the K350. It will be the smallest SUV member of the Hybrid Kinetic Group family, following the five-seat K550, and the seven-seat K750 before it, and will be joined by the H500 at the Beijing Motor Show in just a few weeks.

The K350 will be the third SUV in the new marque’s lineup, and one of six prototype vehicles the company has produced to date – including the handsome HK GT sports car. Unlike its SUV siblings before it, though, the K350 will be fully electric – both the K550 and the K750 used a hybrid setup that was said to be good for a range of 621 miles (1,000 kilometers) in the optimistic New European Driving Cycle test.

The SUV will be joined by the aforementioned H500, which will be the second sleek sedan in range following the H600. Like its name suggests, the H500 will be smaller and less spacious than the range-topping H600, but no less stunning, promises Pininfarina. Both the K350 SUV and the H500 sedan will be shown in just a few weeks when doors open to the Beijing Motor Show on April 25.