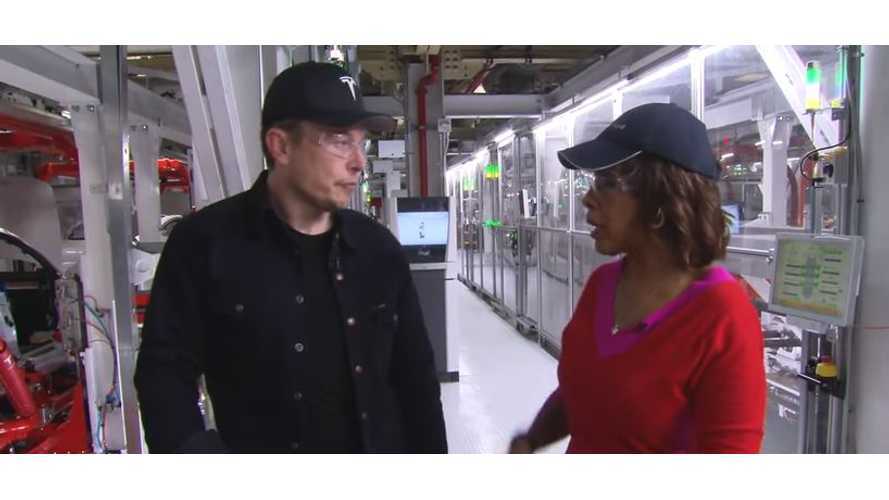 We get a very brief glimpse at the Tesla Model 3 production line too, as Musk takes us inside the Fremont factory.

***UPDATE - April 12 - Video posted below from Elon Musk's appearance today on CBS This Morning. More video from the interview will be released tomorrow.

Just recently, Tesla achieved a Model 3 production run rate exceeding 2,000 cars in a single, seven-day period. It took longer than expected to get there, but now the new target of 5,000 a week is in Musk's sight.

Once Tesla hits that 5,000 goal, the automaker will release new versions of the Model 3, according to Musk.

But there's still some work to be done before 5,000 Model 3s will roll off the line each week.

"Tesla CEO Elon Musk says he's feeling the pressure to meet production goals for the Model 3. Last week, Tesla predicted it would produce about 5,000 vehicles by the end of June. The company has struggled to meet previous goals, and Musk knows there are high expectations. Watch Gayle King's full report Thursday, April 12 on "CBS This Morning," which airs 7 a.m. to 9 a.m. ET/PT."

Bonus video, mostly on Musk's opinion of social media, but it includes a lot of additional factory floor footage.