Within 18 Months, GM To Launch 2 New Electric Cars Based Off Bolt Tech 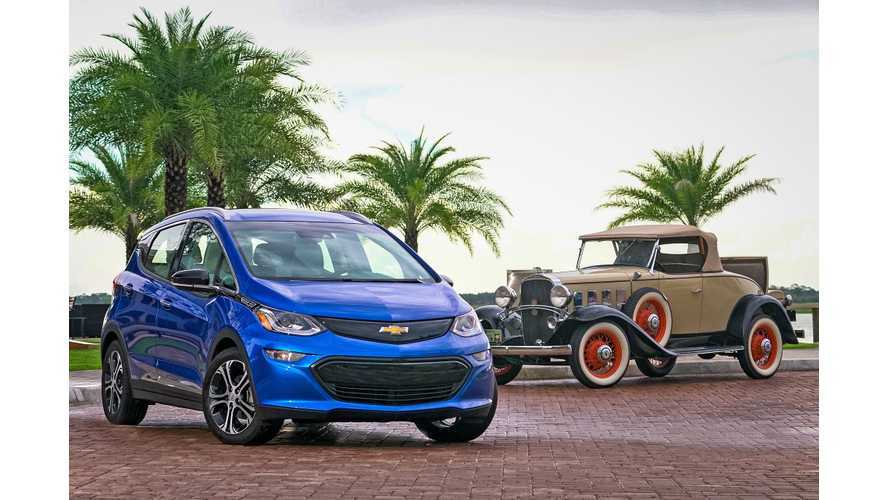 Even if the next-generation Chevy Bolt isn't coming until 2025, we'll at least have two other General Motors' offerings based on Bolt tech to hold us over.

Ken Kelzer, GM's vice president of global vehicle components and subsystems, provide the keynote address to the SAE International WCX World Congress Experience in Detroit earlier this week. Kelzer made several comments related to electric cars and zero-emissions driving, but one revelation that largely got buried by the press was that over the next 18 months, GM will launch 2 new electric vehicles based off lessons learned for today's Chevy Bolt.

We're fairly certain that one of those two vehicles will be the performance electric crossover, of which info recently leaked out on.

The other vehicle remains mostly a mystery, though we'd hope for it to be a larger family sedan or perhaps even an SUV.

Kelzer added that GM will have at least 20 pure electric vehicles on the market by 2023, though ICE will still be around.

"It's not like we're leaving internal combustion engines behind -- we're working on both. Depending on what's going to happen with government regulation and consumer acceptance, that's when we're going to find out."

"Everyone in the industry is working to make internal combustion engines more efficient."

Of course, no electric car discussion is complete without talk of charging infrastructure, which has seen very little support from GM. Kelzer didn't reveal any new plans by GM to install chargers. Instead, he commented on standards, stating:

"In fact, the majority of the industry has embraced this standard (J1772), meaning customers don't need to carry different plug cords to charge their vehicle. Imagine if we all created our own size fuel filler what that would have done to the customer base."

Gallery: Within 18 Months, GM To Launch 2 New Electric Cars Based Off Bolt Tech