Here's A Look At The First Tesla Model 3 In Russia 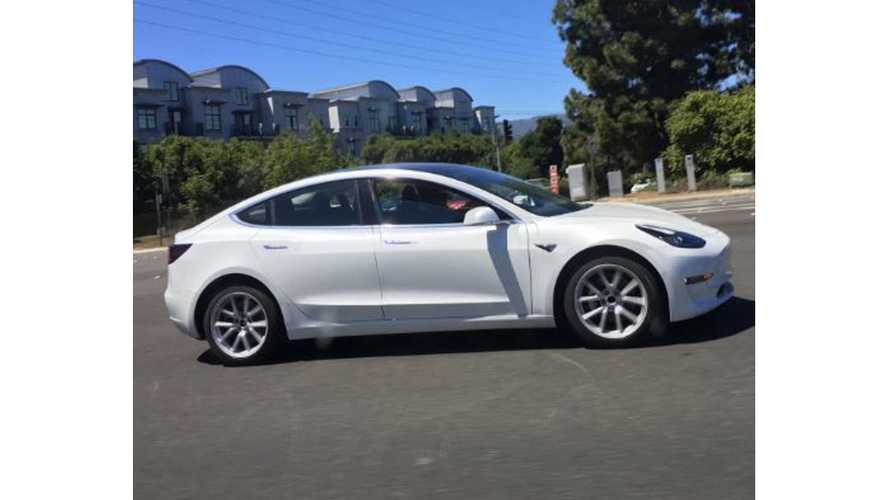 A TESLA MODEL 3 IS PROWLING THE STREETS OF MOSCOW

You probably wouldn’t think of Russia as much of an electric vehicle hotspot, and you’d be correct. According to Autostat (via The Barrel), only 82 EVs were sold in the vast country in 2017 (meanwhile, in neighboring China, 603,300 plug-in passenger cars were sold).

Read Also: Tesla Model 3 Makes Its Debut In Ukraine ... But There's A Twist

Above: Model 3 at the Moscow Tesla Club (Instagram: moscowteslaclub.ru)

However, Tesla has a small but devoted fan base here. Igor Antarov, of the Moscow Tesla Club, somehow managed to bring a Model 3 to Russia - even though the new EV isn’t yet officially on sale outside the US. In a recent video, he takes us for a ride around Moscow and asks people on the street how much they know about EVs.

The first stop is a snowy Supercharger - the first and only one in the country (apparently, it’s so new it isn’t even on Tesla’s official map). After a top-up, we’re off to the Arbat, a famous pedestrian street where one can encounter visitors from all over Mother Russia - including folks from small villages who Igor assumes have never seen an EV. How much do these Average Ivans know about Tesla and electric vehicles? You’ll have to watch the video to find out, but you may be pleasantly surprised.

Above: Inside the first-ever Tesla Model 3 in Russian along with reactions from locals (Youtube: Igor Antarov)

Of course, Model 3 and the Bolt have been compared and contrasted by a number of media outlets. When it comes to range, features, and general price class, the two are perhaps somewhat roughly comparable, in a way (maybe). However, I think it safe to tell you, with no spoiler alert required, that in this particular match-up, the Tesla left the Chevy in the dusty snow.

Above: Tesla Model 3 goes up against the Opel Ampera-E (the European version of the Chevy Bolt) on the streets of Moscow (Youtube: KindelTech)

The Moscow Tesla Club’s Model 3 has a rated 0-60 mph time of 5.1 seconds. In this race, it reached 100 km/h (62 mph) in 5.7 seconds, while the Chevy Bolt made it in 7.3 seconds. However, the DragTimes YouTube channel (via Teslarati) has clocked a Model 3 at 4.6 seconds. And remember, Elon Musk has promised that “much faster versions” will eventually be available.