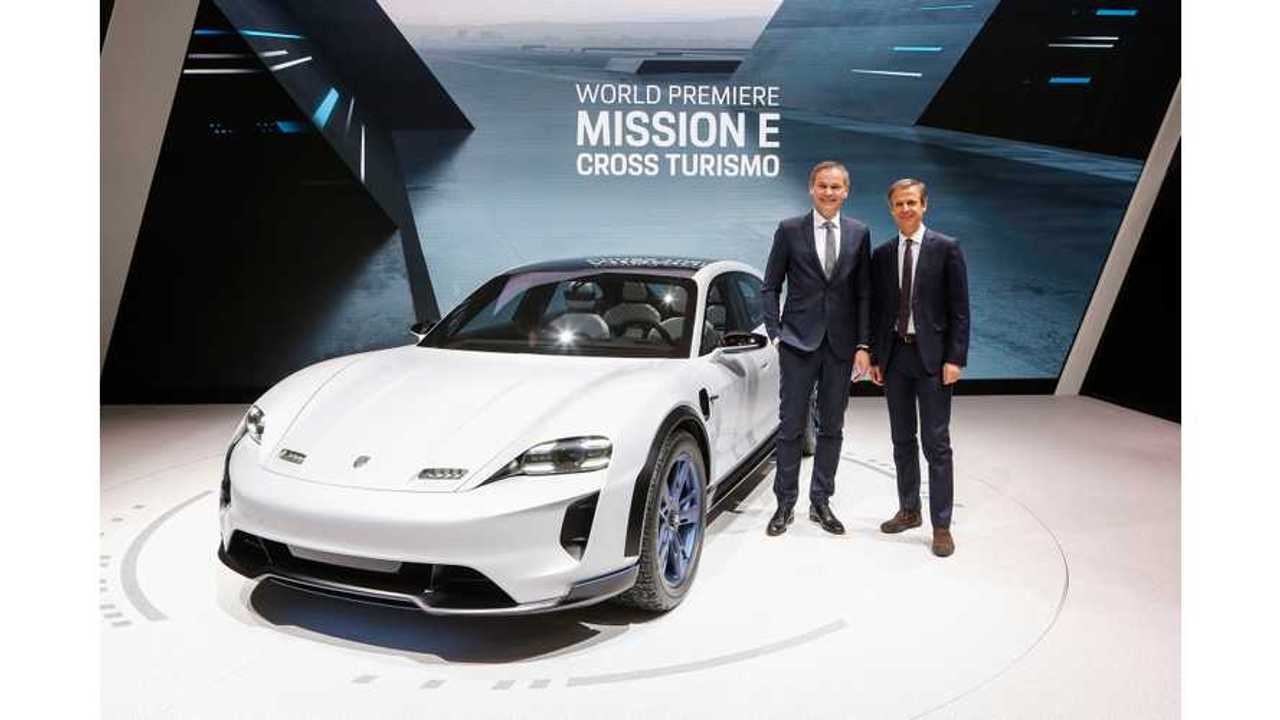 The front styling is a throwback to the 911, but the concept points towards the future.

Is it a lifted wagon? A rugged hatchback? A crossover? Call it what you want, the Cross Turismo is a sign of things to come in terms of fully electric Porsches. First shown last month in Geneva, the second Mission E concept after the sedan unveiled back in 2015 is expected to go into early into the next decade. In this new video, the Stuttgart-based company puts the spotlight on the concept’s exterior and interior design.

Starting on the outside, one of the main priorities during the development phase was to make the body as aerodynamic as possible in order to maximize range between charges. For this reason, the front bumper has been fitted with generous vents at the sides to improve airflow and improve the drag coefficient. Also noticeable are the door handles that sit flush with the bodywork and pop out only when you need them, like in other cars such as the Range Rover Velar.

The back of the car is not only sleek, but also practical thanks to a hatchback layout similar to a Panamera from which the Cross Turismo has inherited the continuous brake light we’ll be seeing more and more in the years to come. A roof-mounted spoiler adds a bit of sportiness for the zero-emissions concept billed by company CEO, Oliver Blume, as already being “fit for the road.” In other words, the final production version probably won’t go through any significant changes.

Moving inside the cabin, it takes the “less is more” approach as the center console is not cluttered with physical buttons and knobs like on some older production Porsches. Instead, there are screens all over the dashboard and touch-sensitive controls providing access to everything you need. Thanks to optimized packaging and thin front seats, there’s plenty of legroom for the two passengers sitting in the back, thus making the Cross Turismo genuinely practical and easy to life with on a daily basis.

The road-going model could arrive as early as 2021, following the launch of the Mission E sedan towards the end of next year.