See What It's Like To Supercharge A Tesla Model 3

Young Tesla is at the Riverside Supercharger giving us a firsthand look at the process involved in using a Supercharger. Of course, any current Tesla owner will already have this process down pat, but there is a multitude of new Model 3 owners who may be tackling it for the first time. 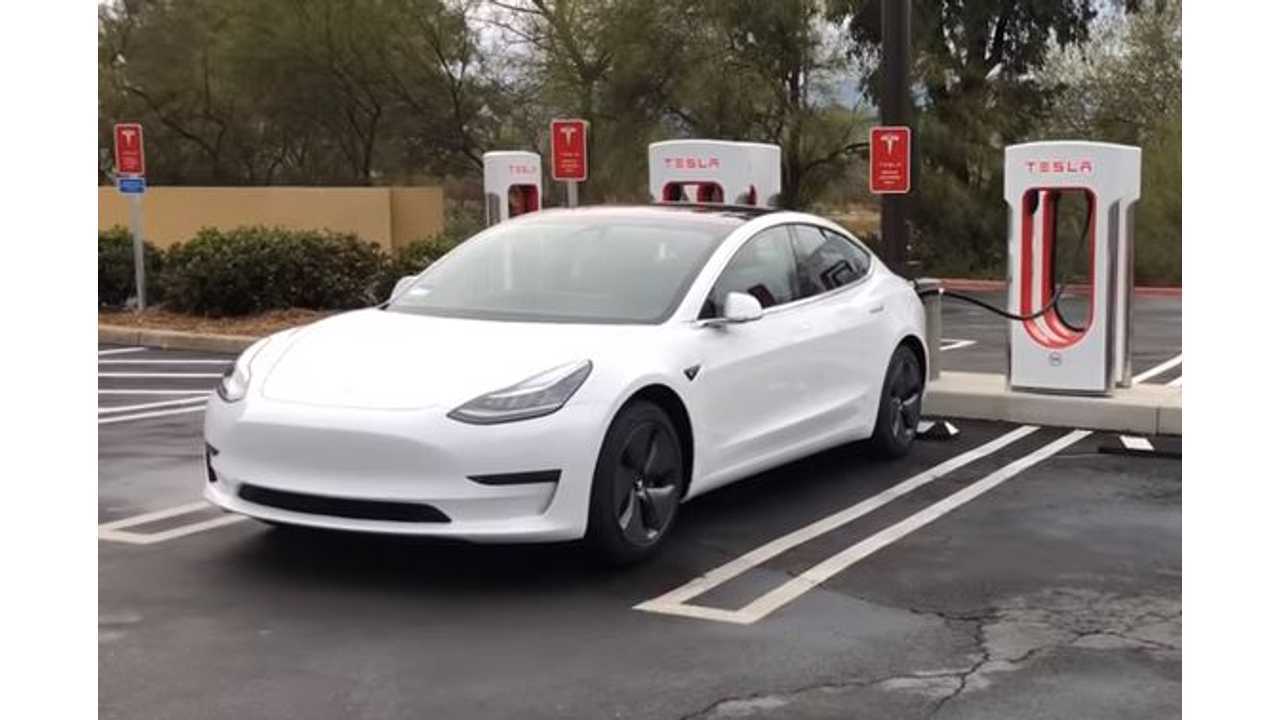 While it's not difficult, it's nice for those who've never used a Tesla Supercharger before to have a little heads up on charging, as well as some specific information related to understanding what's going on via the car's touch-screen interface.

He starts at 49 miles and the vehicle tells him it will take about 50 minutes to get back to his 290-mile max charge. Charging is at 72 kW, which adds over 230 miles per hour.

In the end, after the full 50 minutes, he gets to the daily limit he has set and finishes with 276 miles of range (about 80-percent capacity). The total cost was $10.60. It's pointed out that when he charged the Model X at the same Supercharger, it took an hour and a half.

These are some of my experiences charging the Tesla Model 3. I love the supercharger network! Even though it is not free for Model 3s, I love using it! I will be uploading more at the end of this month as I am making my way finishing editing all the random clips I have! Thank you guys!