White interior expected to be available then too.

One question that we often hear was voiced again last night on Twitter and Musk actually responded, but with even more intel than expected: 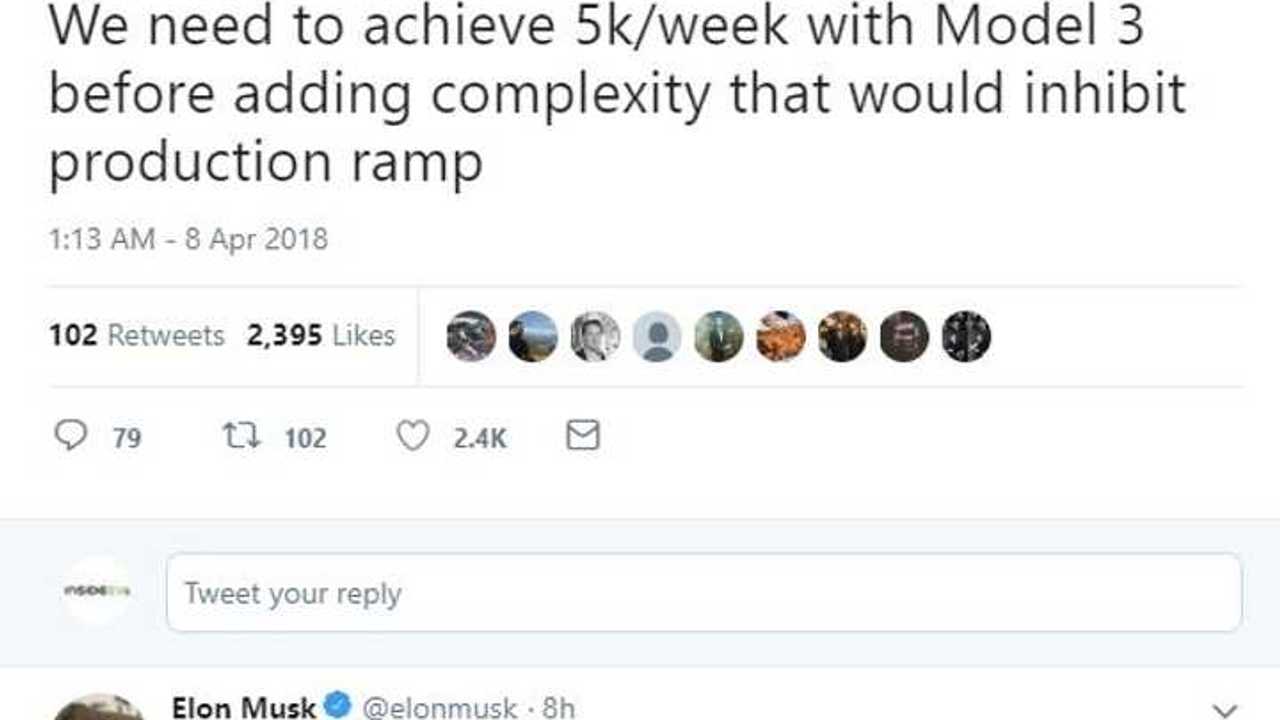 That 5,000 units a week figure is something Tesla mentioned just recently in its Q1 sales/production release. Tesla stated this:

"Given the progress made thus far and upcoming actions for further capacity improvement, we expect that the Model 3 production rate will climb rapidly through Q2. Tesla continues to target a production rate of approximately 5,000 units per week in about three months, laying the groundwork for Q3 to have the long-sought ideal combination of high volume, good gross margin and strong positive operating cash flow."

So, provided all of the stars align correctly, we'll see the dual-motor AWD Tesla Model 3 arrive sometime around July, along with the white interior option. At that same time, or rather slightly before, Model 3 production will be clipping along at 5,000 units per week too.

Lastly, Musk responded to a reservation issue too, one that perhaps has been bothersome to some of our readers: 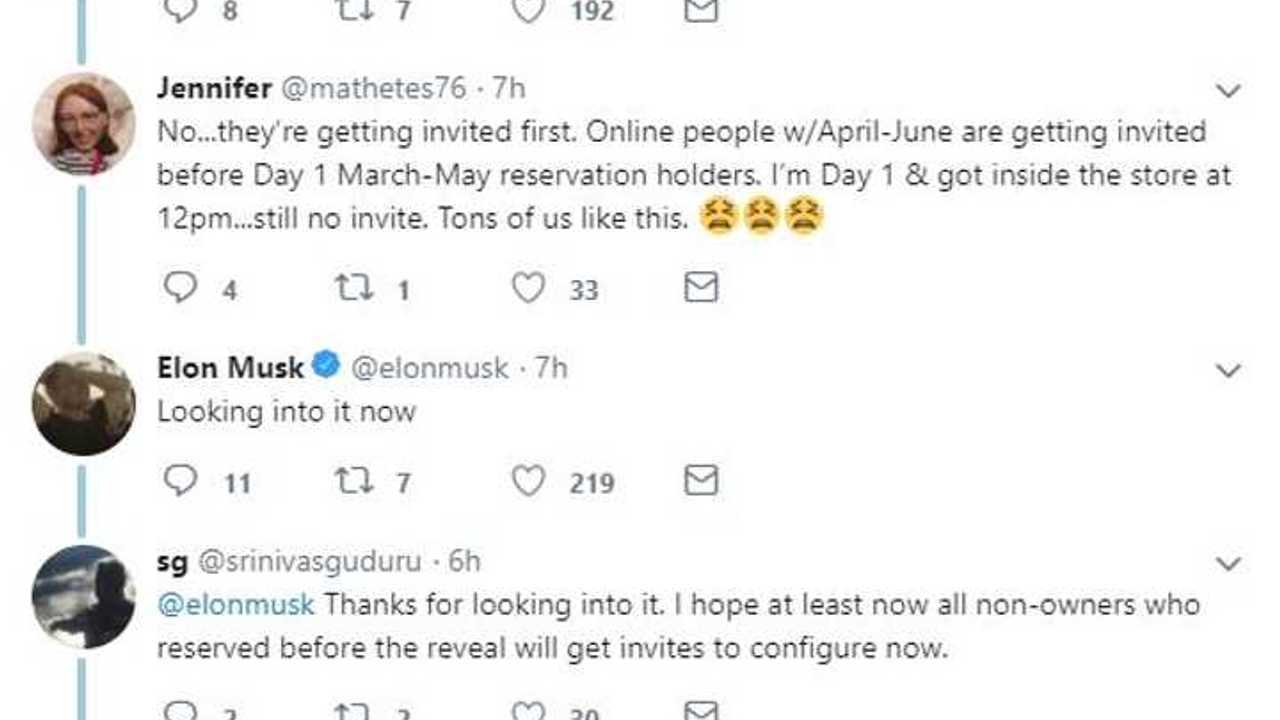