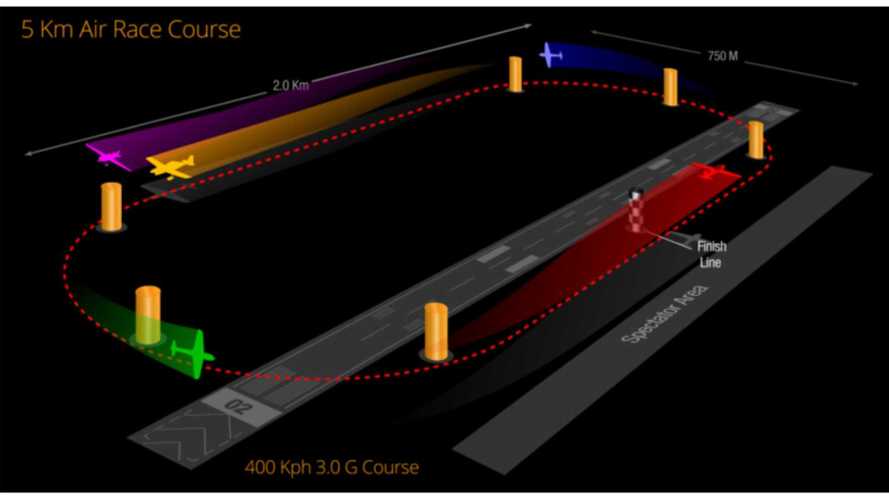 No rubbing in this racing!

As you may have suspected by the number of electric vehicle racing stories we publish, we like us some battery-powered competition here at InsideEVs. Drag racing; Formula E; TT Zero  — we watch them all, and thought we'd seen it all. A new series, however, has piqued our interest, and has us looking upward in expectation.

Air Race 1 has announced plans to feature an all-electric version of its sky-high contests called Air Race E. Yup, electric airplane racing! Like its gas-powered counterpart, it will resemble  formula one pylon air racing, where around eight aircraft fly low through a course populated by pylons at speeds sometimes in excess of 400 kph (248.5 miles per hour). Sounds exciting, yes?

According to organizer Jeff Zaltman, who also serves as chief executive of Air Race 1, the series has almost everything it needs to get going. Says he, "We have the appropriate experts, race pilots, aircraft, sports governing bodies, race venues, a test center, and, most importantly, we are the leading promoter of international pylon air racing." The one thing they lack currently is an electric drivetrain (pun intended, with apologies).

The series has targeted 2020 as its starting date, so there's still time to get that element sorted out. Certainly there are any number of electric component manufactures that might see this as a unique opportunity to showcase their products.

If the idea of electric airplane racing also piques your interest, be sure to check out Zaltman's full interview. To get a better idea of what air racing involves, we have a couple videos waiting below to shed some light.