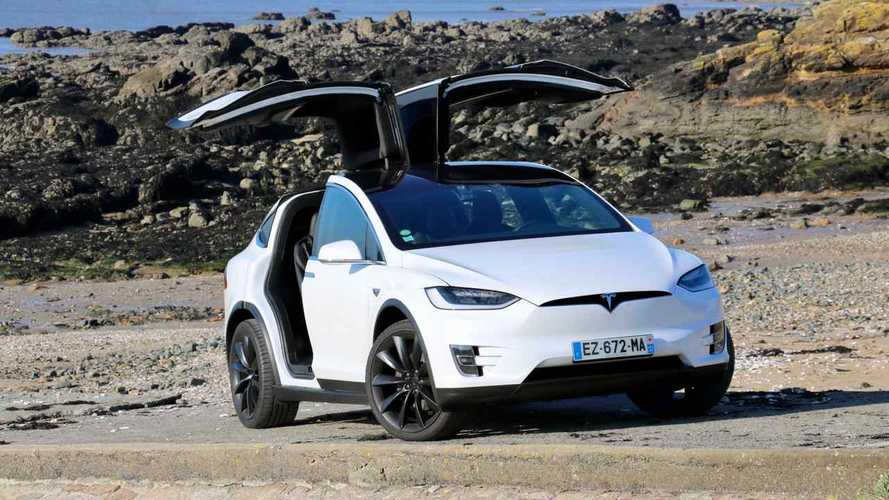 Now that Tesla has ushered in the era of electric vehicles (EVs), legacy automakers are desperately racing to catch up.

Written by Galileo Russell, a 25-year-old Tesla shareholder based in NYC. He has been blogging about Tesla since 2012 and is the founder of HyperChange TV, a new YouTube channel about tech and finance news for millennials.

It seems like every week new headlines pop-up about how a new EV is poised to become the “Tesla Killer.” Most recently, we’ve seen news from Jaguar about its upcoming Model X competitor the I-PACE, and Porsche with its all-electric, Mission E concept.

Although these new products do represent a competitive threat to Tesla, I’m always a skeptic of such definitive claims about their impending dominance.

Here are 7 reasons why:

Since 2012, Tesla has been building out a network of rapid EV charging infrastructure across the world.

At the time of writing, there are 1,191 Supercharger stations open with 9,184 Superchargers. These are located in the US, Canada, Mexico, Italy, France, Portugal, Spain, The UK, Norway, Finland, Sweden, Germany, The UAE, China, and more.

This analog moat is a huge needle mover for EV buyers. We are still in the early days of EVs replacing the internal combustion engine and that means there are some sacrifices when switching to the new technology. The biggest one is giving up the ability to refuel at any one of the thousands of gas stations scattered across the country.

To give its cars similar convenience, Tesla has been building out its Supercharger network. These stations offer the ability to charge 50% of the car’s battery in just 20 minutes (sometimes as much as 150 miles). This network is a key reason why Tesla owners can go on long-distance road trips in their EVs with relative ease.

Only Tesla owners have access to the network. Buyers looking to purchase any other EV will be quite disappointed when they realize just how limited (and frustrating) road trips can be, without long-range fast charging infrastructure.

Although some automakers have announced early stage plans to replicate Tesla’s network, they are years behind in both deployment of stations and high-speed charging technology.

Situated in malls, urban centers, and other locations with high foot-traffic, Tesla stores provide a major advantage to the brand. They act as a direct touch point to the consumer.

Educating customers about the differences between EVs and ICE vehicles is a big hurdle in selling the future of transport. Tesla stores make this much easier and provide phenomenal free marketing and branding for the company.

In 2014, Tesla began work building the world’s largest lithium-ion battery factory, known as the Gigafactory. This vertical integration has the potential to be a major advantage for the company in the long-run.

I believe we are already starting to see early indicators that this massive bet is paying off.

Tesla’s vehicles are the longest range EVs on the market, and prior to the Model 3 ramp were selling for gross margins in the mid 20% range.

Other automakers are quick to obfuscate gross margins on their EVs (with much lower range), and my guess is it’s because the numbers wouldn’t be pretty.

If Tesla can continue to produce the most efficient batteries at the lowest price, it will have a major economic advantage.

Teslas are supercomputers with big batteries and wheels.

Nearly every feature on the Model 3 can be controlled via a touchscreen in the center console. This is no coincidence. Tesla wants to be able to update any feature on your vehicle remotely via over the air software updates.

No other automaker has implemented this technology.

Tesla is building smart cars for the future of autonomous transport. The closer we get to this vision, the more vehicles rely on software to function.

As a native Silicon Valley startup, Tesla has access to the world’s brightest software engineers. Legacy auto brands are often bureaucratic and lack the required expertise in software to keep pace with Tesla’s innovation. This is why we’ve seen them lag in implementing over the air software updates, and will likely see a similar delay in building the artificial intelligence systems required for self-driving.

By the time competitors can match the specs of the current Model 3, S or X, Tesla will have brought its next-generation version to the market.

Tesla has a major first-mover advantage in EVs and isn’t going to give it up.

Tesla’s mission is to accelerate the world’s transition off fossil fuels.

This is a mission that resonates powerfully with young consumers and is only increasing in its importance. The more educated car buyers become about sustainability, the more likely they are to associate with Tesla’s brand.

Contrast this to companies like Volkswagen (who also own Porsche and Audi) who have recently been exposed for putting software to cheat emissions tests in millions of vehicles.

Tesla is an authentic brand with an admirable goal. Other auto companies have track records of deceiving customers intentionally and polluting far beyond legal limits.

Every purchase of a Tesla vehicle is a direct investment in a powerful vision for a sustainable future. This is a mindset that will take years for other companies to replicate.

According to InsideEVs the Tesla Model S was the best selling US plug-in 2017. The Model X was the third best selling. Combined they sold an estimated 48,375 units, representing 24% market share of US plug-in sales.

At face value these numbers are impressive, and they are even more impressive when you consider that the Model S and X sell anywhere from $70K-$100K+, about 2-3X more than any other plug-in on that list.

Despite having a higher price, Tesla’s cars are significantly outselling their competition.

Talk is cheap. It’s easy to say you will profitably bring an EV to market in two years and outsell Tesla. Actually doing it is something else.