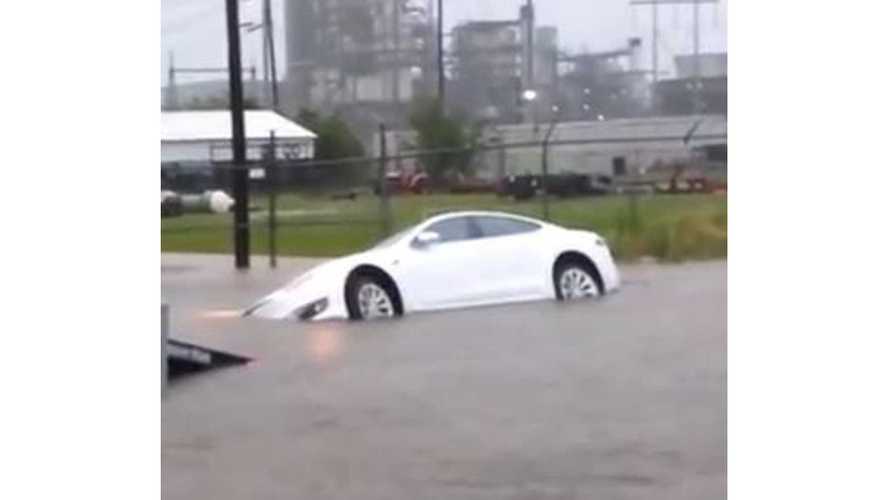 A paddler who discovered a stolen Tesla Model S floating in a river and alerted police, then proceeded to help the authorities retrieve a floating bag of onions.

We thought the onion reference may have made this story another April Fool's joke or perhaps something from The Onion itself. However, as it turns out, this is a true story.

According to Royal Canadian Mounted Police Corporal Holly Largy, a brown 2016 Tesla Model S was stolen in Burnaby, British Columbia on the evening of April 3, 2018. At 9:00 AM the next morning, a paddler on the Fraser River in Fort Langley caught sight of the floating electric car.

It was obvious to the officers at the scene, as well as the paddler, that the car was, in fact, floating. This is because it was a good distance away from the boat launch area. While the investigation was underway, a large bag of onions floated out of and away from the vehicle. Thankfully, the paddler was able to retrieve the evidence for the authorities.

Tesla CEO Elon Musk once said that the Model S could actually float pretty well, at least for awhile. We witnessed this in action via YouTube, when a Model S was successfully driven through a flooded tunnel, as linked above.

“Why they had a big bag of onions is anyone’s guess.”

We'd love to hear your theories about how the Model S ended up in the river, as well as the reason for the bag of onions. Also, have you ever tried to use your Model S as a boat?

Check out this related video: