Record-Setting 9,000-Plus Plug-In Electric Cars Sold In UK In March 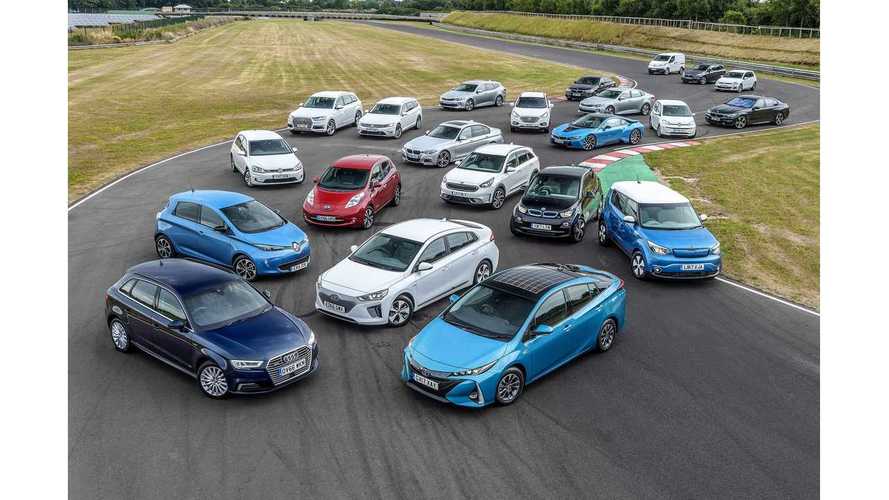 The British car market declined by 15.7% in March and even plug-in car sales growth slowed down several percent - but still it's growth.

9,293 new plug-in car registrations last month happened to be the best monthly result ever (up 8.8% year-over-year) at 1.96% market share.

However, all-electric models failed to expand, and all the growth comes from plug-in hybrids.

Sadly, we don't yet know how well the new Nissan LEAF sold in UK.

Like in many other countries, diesel registrations in the UK declined in March by 37.2%.

"Registrations of plug-in and hybrid vehicles continued to rise, albeit modestly, up 5.7%, with demand for plug-in hybrids driving growth, up 18.2% for the month. Registrations of petrol cars were essentially stable, up 0.5%. The decline in demand for diesel cars continues to be of concern and the latest tax changes announced by the government do nothing to encourage consumers to exchange their older diesel vehicles for new lower emission models."