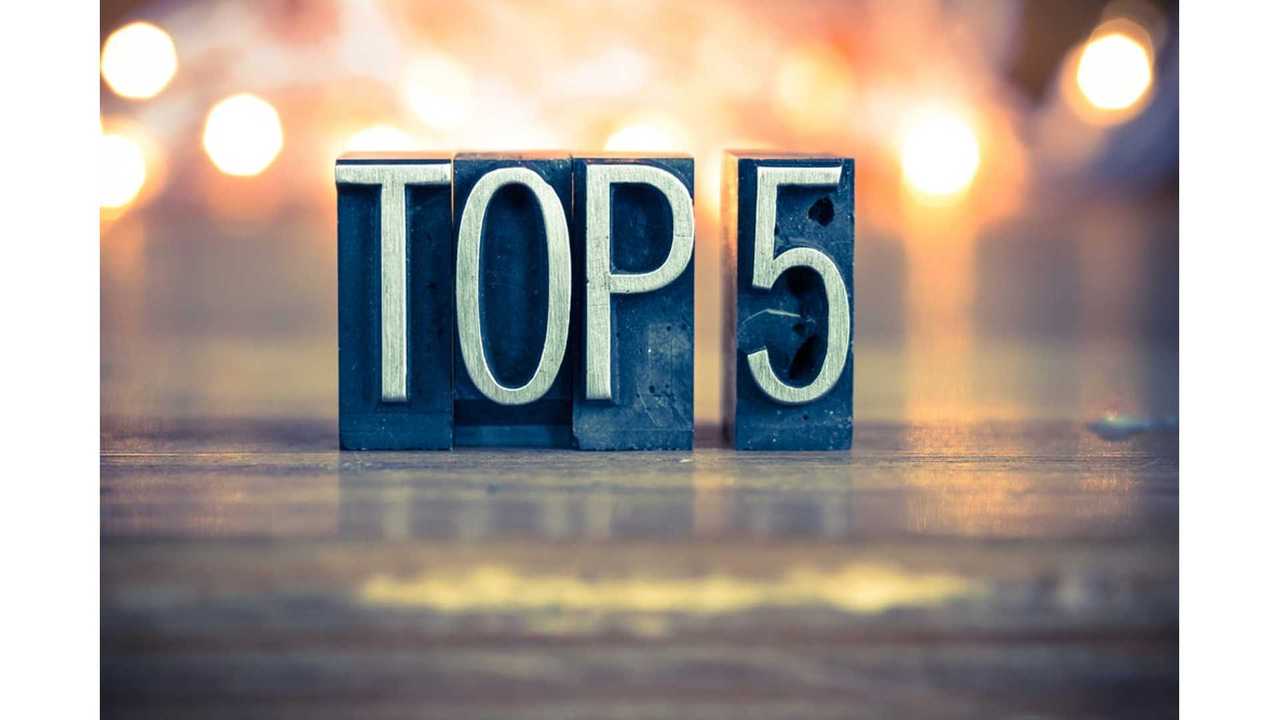 And the winner is...

Here at InsideEVs, we've come to realize that not everyone shares our passion for an overload of sales figures, like you'll see in our monthly report card and scorecard.

Admittedly, both can be a bit overwhelming from a numbers overload perspective.

So, in addition to presenting sales in our typical fashion, we'll assemble this monthly Top 5 list, which highlights the five best selling plug-in electric cars in the U.S. for any given month.

For this list, we're focused on the Top 5 best-selling plug-in electric cars in the U.S. for October 2018.

The Volt sold an estimated 1,475 units in the U.S. in October 2018, landing it solidly in fifth place for the month. YTD, Volt sales stand at an estimated 14,718 units, which places it in 5th from the YTD perspective.

Our tally shows Honda Clarity PHEV sales hit an estimated 1,935 units in October 2018, putting it in fourth place for the month. The YTD tally stands at an estimated 13,567 units, which places it in seventh in YTD sales.

For October 2018, Toyota Prius Prime sales checked in at a healthy 2,001 units. YTD sales for the Prius Prime now stand at 22,524 units, good for second place.

The Model 3 had another strong month in October 2018 by selling a whopping, estimated 17,750 units. The Model 3 had a commanding sales lead over every other plug-in vehicle in October. Even more impressive is that the Model 3 is easily number 1 in YTD figures too at 95,882 units, which puts it so far in the lead that it can't be caught.

Variety is the spice of life. Automotive sales should be no exception.

If you're seeking a simple Top 5 sales list, you've found it here. If you're after a super detailed write up with more numbers/figures than you could ever imagine, well that's right here in our scorecard.