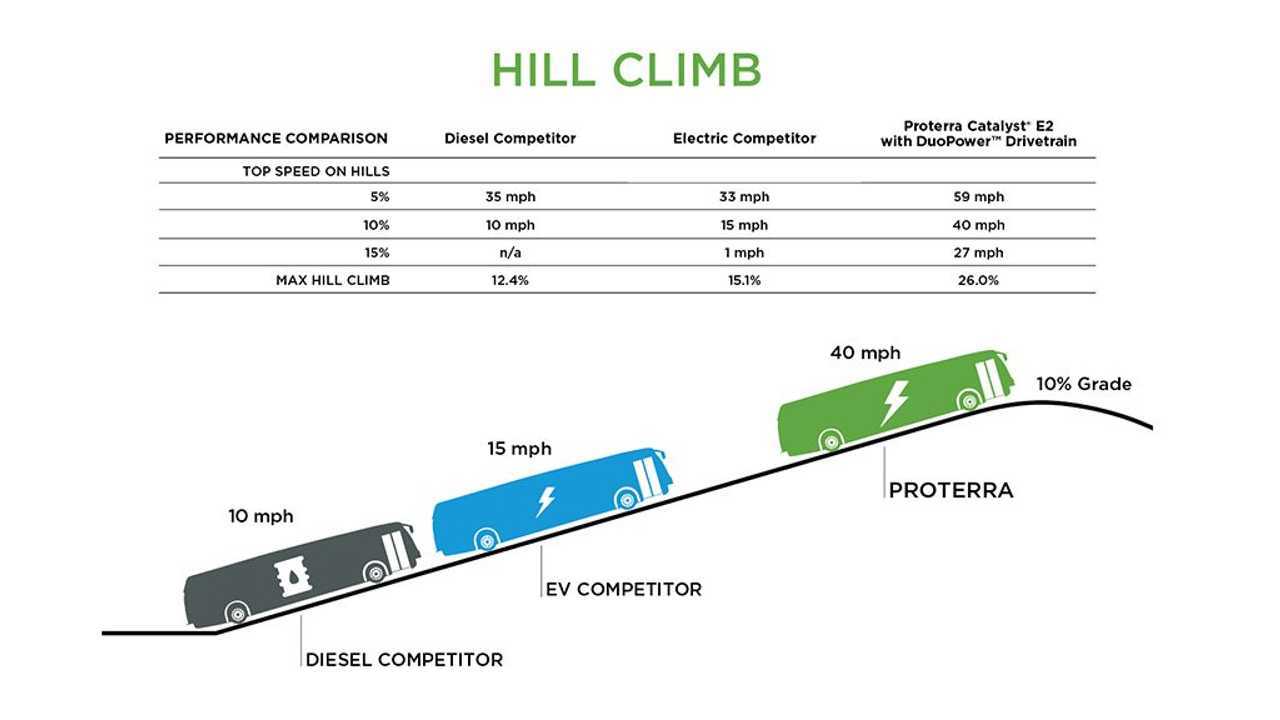 Proterra recently released video featuring demonstrations of the hill climb capabilities of the Catalyst electric bus with its DuoPower powertrain.

The Proterra DuoPower consists of two electric motors and two gearboxes for a total of 510 horsepower of system output.

According to the video, Catalyst with DuoPower outperforms diesel, hybrid and CNG buses on the steepest mountain highways of Utah.

Besides keeping the speed at a decent level even up a 17% grade, Proterra Catalyst makes use of regenerative braking downhill and achieving excellent energy efficiency.

The DuoPower drivetrain features two electric motors that deliver an impressive 510 horsepower, accelerating a Catalyst bus from 0-20 mph in 4.5 seconds, while also achieving an industry-leading 26.1 MPGe. In addition, it can propel a bus up a 26 percent grade, which is more than twice the performance of the average 35- or 40-foot diesel bus, and 100 percent better than the average competing electric transit vehicle, making it an ideal option for transit agencies with steep hills.