Formula E To Find Second-Life Use For Batteries 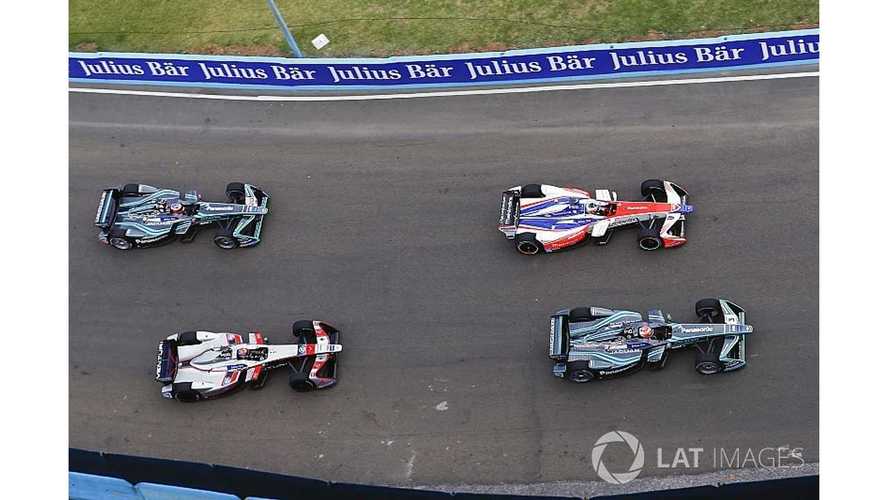 Formula E will extend the life of the batteries used to power its first generation of cars by finding new purposes for the technology, according to series boss Alejandro Agag.

The electric racing series will switch to its new Gen2 car for the 2018/19 season, five seasons after the SRT_01E made its competitive debut in '14.

From next season, the new cars – most of which were given their first initial running at a closed manufacturers' group test last week – will have a battery with increased storage that will eliminate the need for the current mid-race car swaps.

"The batteries can go for a lot longer if you're not racing with them in a super-competitive environment," Agag told Motorsport.com.

"To be used in a corporate lab or something like that, these batteries have years of life in front of them. They could be used in schools, or to store solar energy, and so on.

"We'll definitely be using them, and they're an asset that belongs to Formula E - we own them."

When asked what would eventually happen to the batteries once they were of no further use, Agag said: "At the end of life they'll be recycled for sure.

"There's huge capacity being installed now for recycling electric-vehicle batteries, and it's going to be a huge business. 99 percent of the batteries will be recycled."

Agag also explained that the SRT_01E chassis were generating a lot of interest from private collectors.

"Especially for race-winning chassis," he said.

"Because this generation will be the most historic – in 40 or 50 years these cars are going to have huge value.

"I want to buy the first race winner, but I'm going to have to pay the company for it.

"A lot of people have asked me about the race-winning chassis with a view to adding them to their collections.