81,000 sales is slightly less than the 82,000 in January, although with a shorter month and holidays in China (38% of sales were Chinese cars) it's still a strong result. 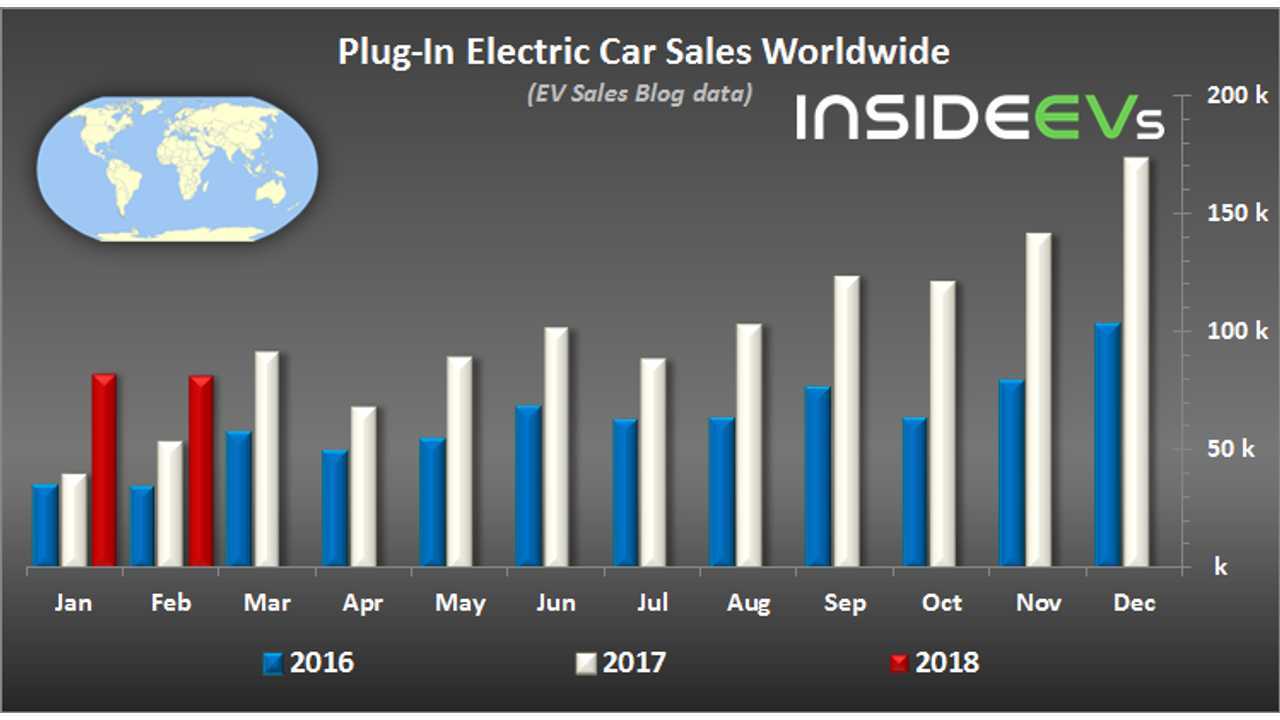 Nissan LEAF was the world's best selling plug-in electric car (6,339) in February and, thanks to that, it jumps to second place overall for the year after the first two months.

BYD Song (PHEV) was second best with 4,418 and now stands in third for the year.

BAIC EC-Series was third in February (4,120), but managed to stay on top overall YTD. 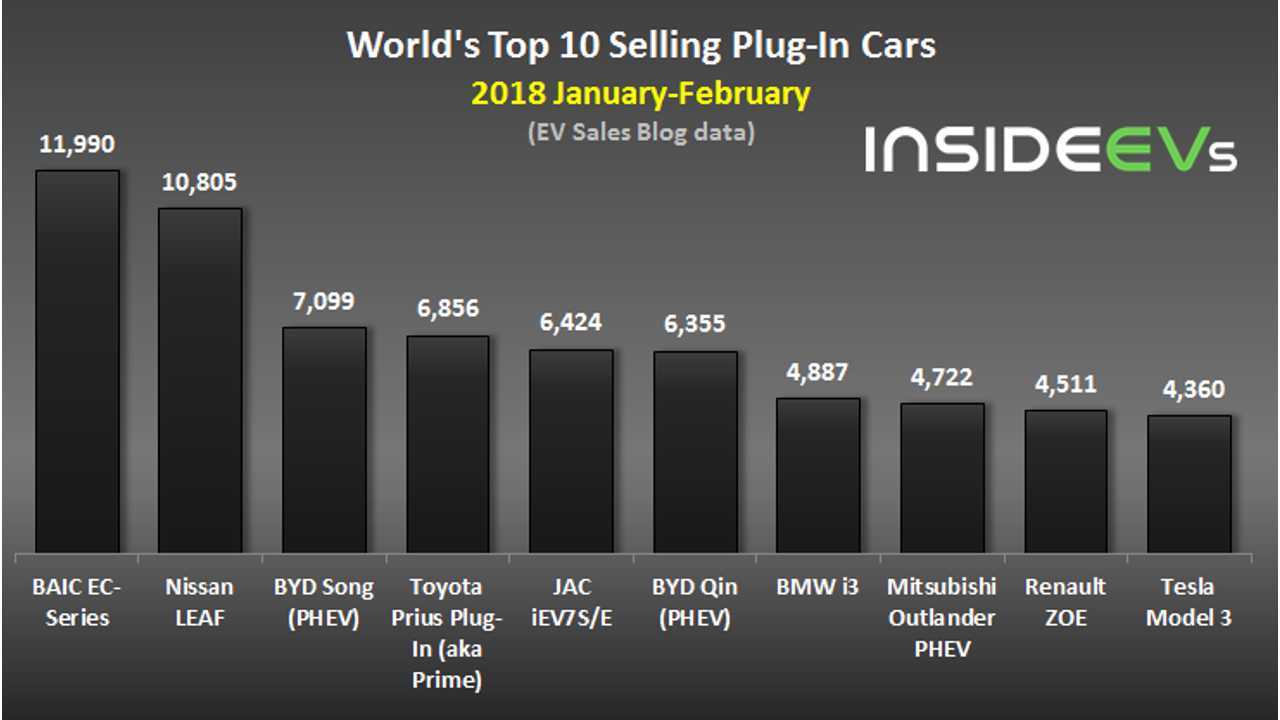 February remains "B" friendly, as only manufacturers beginning with "B" were on the podium - BYD, BMW and BAIC. However, BYD is now back at #1, replacing BAIC, which moved down to third behind BMW. 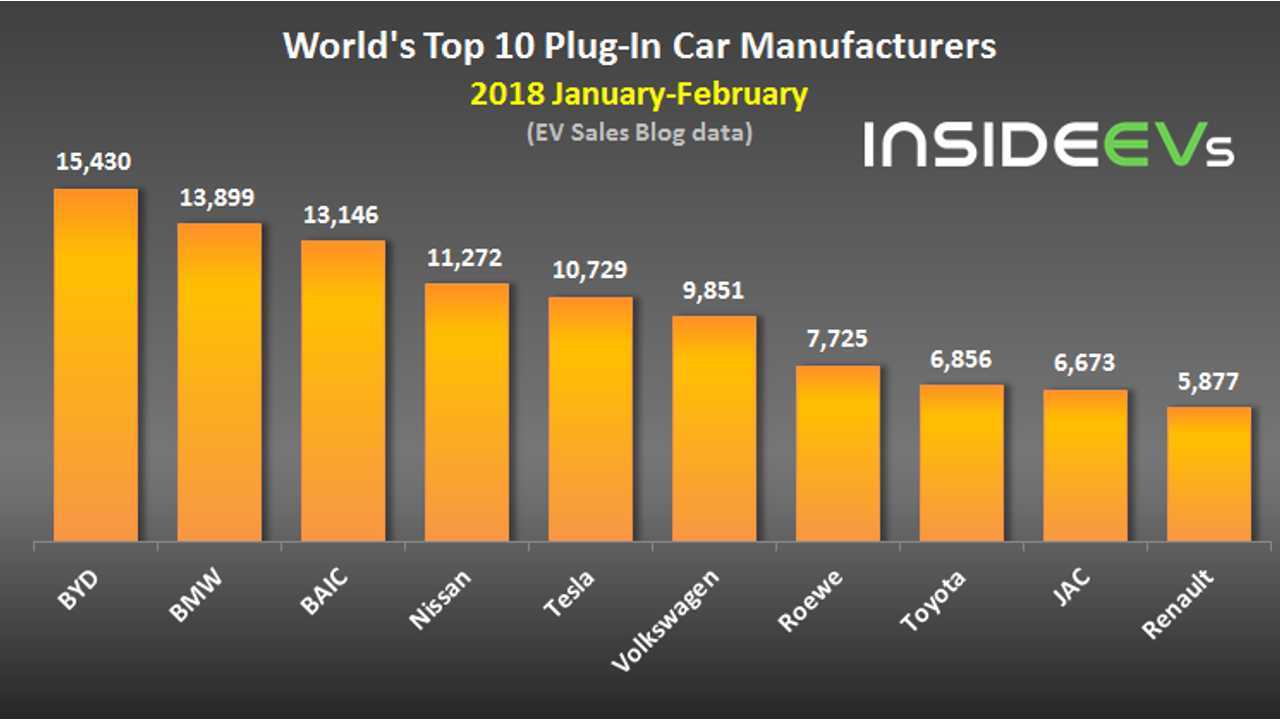