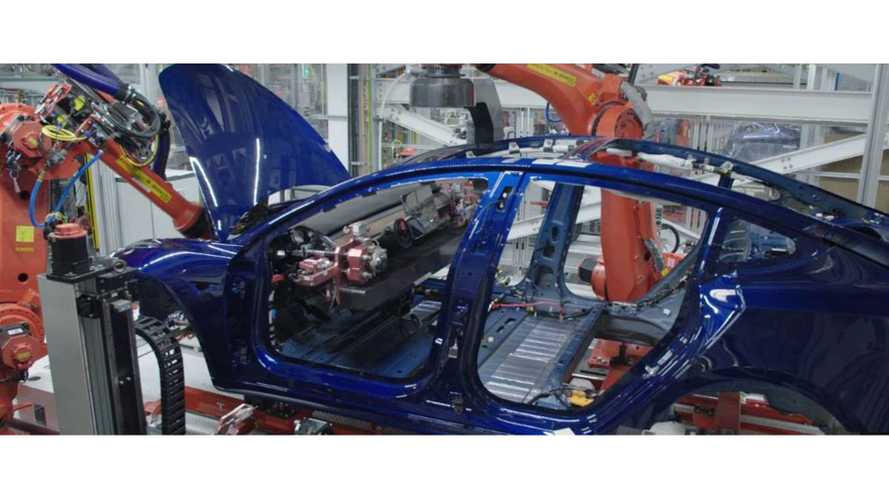 Tesla has confirmed that Model 3 production exceeded 2,000 units in a single week for the first time ever.

The possibility of achieving this was hinted at by Tesla CEO Elon Musk just the other day, but now we have official word via Tesla that the target has been met and exceeded, if only by a wee bit.

Tesla suggests that production of the Model 3 could reach 5,000 units per week in as little as 3 months from now.

Tesla Model 3 production hit 9,766 for Q1 2018, but there were a large  amount of vehicles in transit, too. The automaker issued this in regards to Model 3s in transit right now:

"An additional 2,040 Model 3 vehicles were also in transit to customers. These vehicles will be delivered in early Q2 2018."

Everything appears to be falling into place finally for the Model 3 and perhaps even Tesla's oft-delayed production ramp. Let's hope it's all upwards from here.