Tesla Interested In Purchasing Massive Plot Of Land In Oakland 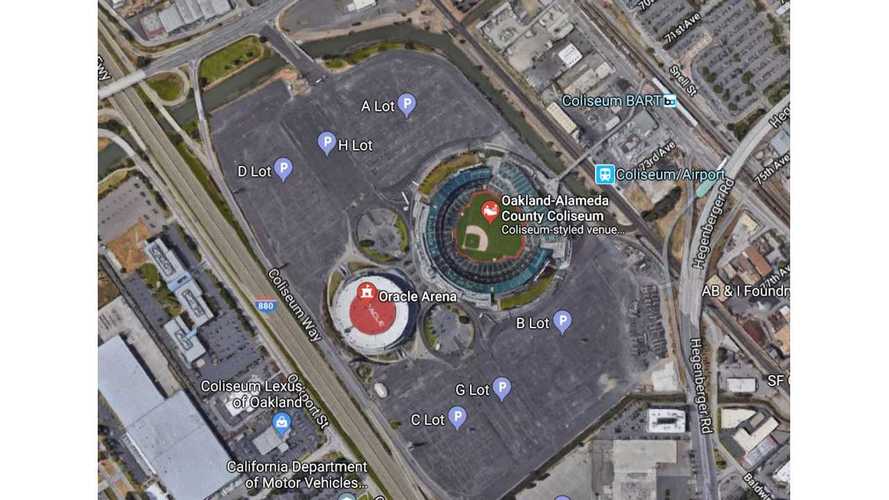 Tesla is one of at least two organizations that have voiced interest in a large piece of land, which is currently home to the Oakland-Alameda County Coliseum.

Tesla CEO Elon Musk sent a letter of interest to Oakland city officials saying that the automaker is interested in the 130-acre site. Oakland City Hall also received a request from real estate investor Mark Hall, who hopes to use the property in part of a United Soccer League expansion project.

Oakland Mayor Libby Schaaf plans to work a deal with the Oakland A's to build a new ballpark in the area. This could mean that neither of the above would be able to partake. However, Hall's plan would use a portion of the property and leave the rest for the A's new ballpark. We're not entirely sure if Tesla would also agree to such a plan.

Hall has already offered $85 million for a portion of the land. Additionally, the city and county are $136 million in debt on the current Coliseum and Oracle Arena. To make his offer even more appealing, Hall has committed to matching the team's offer to pay off the debt in the event that the A's choose to move their new stadium elsewhere.

He’s pitching a plan for a 44-acre mega-sports and recreation center on the Coliseum site that would include a stadium for his team and sports fields. He would use Oracle Arena, which the Warriors are about to vacate, for concerts, pro lacrosse games and foosball competitions. (Yes, foosball, the arcade game when little players on hand-manipulated metal rods kick a ball up and down the table.)

The rest of the property would go to the A’s for their new ballpark.

Tesla's Fremont factory is only 24 miles from the Oakland Coliseum, making this an advantageous location in the company's continuing expansion efforts in the San Francisco Bay Area. No official word was given as to what Tesla might use the site for. It appears the Musk's offer will have to be highly impressive in order to outdo Hall or sway the mayor to give consideration.